Continuing my look back at the August 2011 riots with photos, some previously unpublished, from the third and fourth day and night. Rioting continued to spread across London and to other cities in England.
Come the evening of the 9th, Camden became one of the latest regions to see disorder. 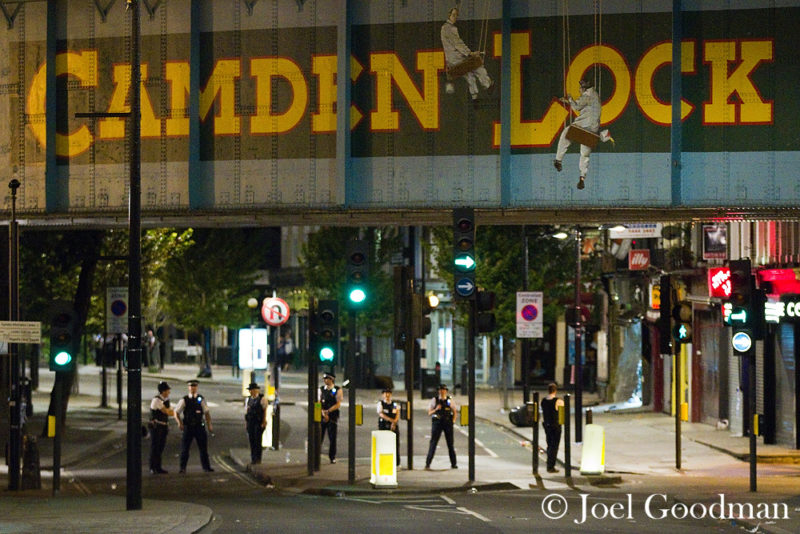 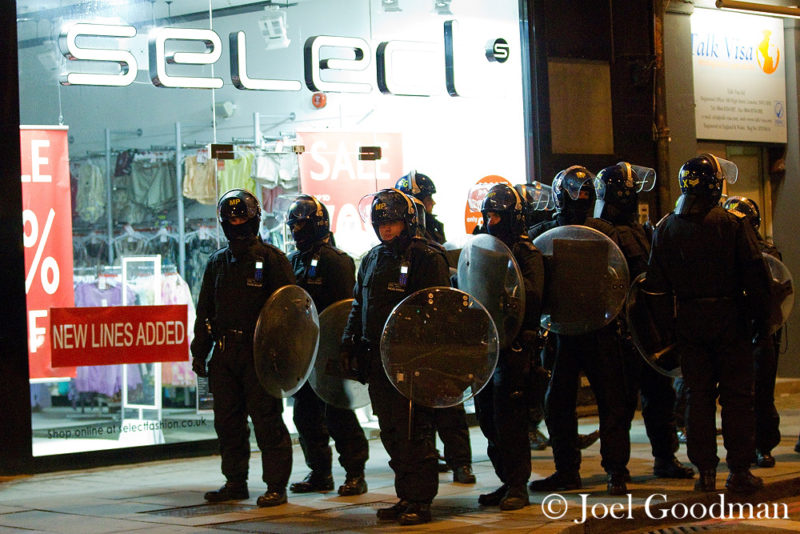 This photo (below) is one of my most viewed and has been published around the world. 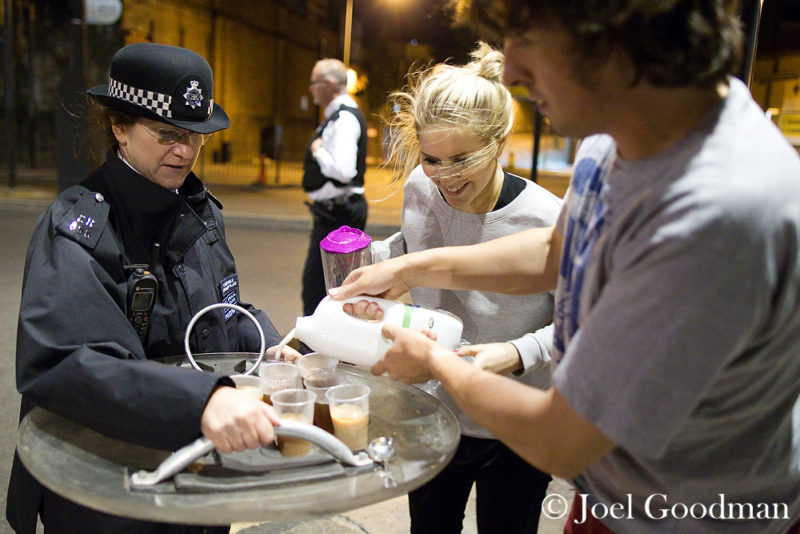 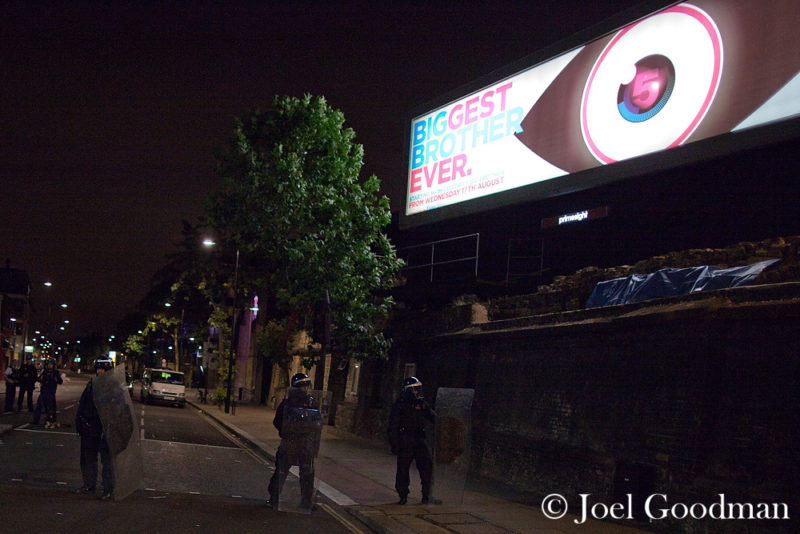 After another long night I left Camden with word that trouble was likely to spread in other cities, such as Manchester. I arrived in Salford first, to tense scenes – a library had been set alight and cars overturned and burned. 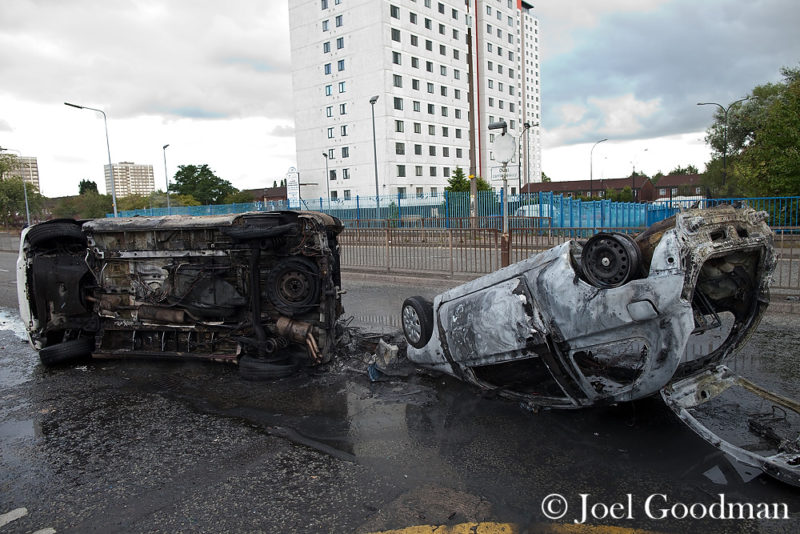 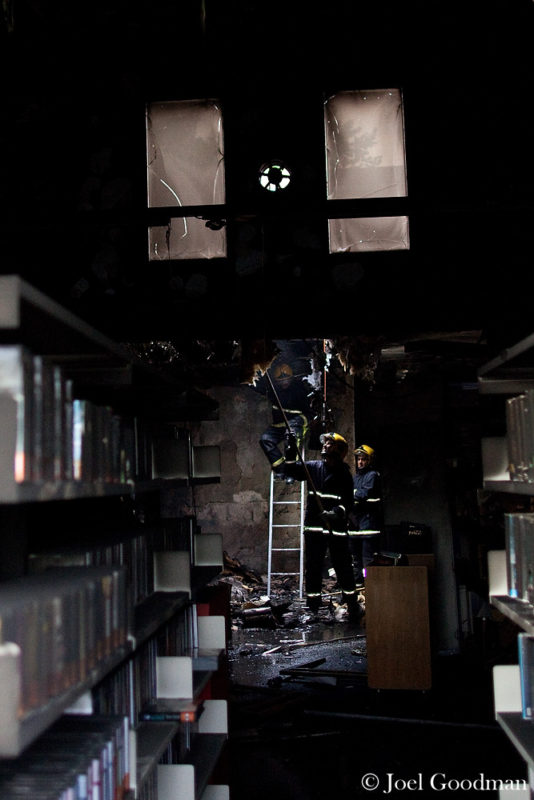 And then I travelled in to Manchester City Centre. 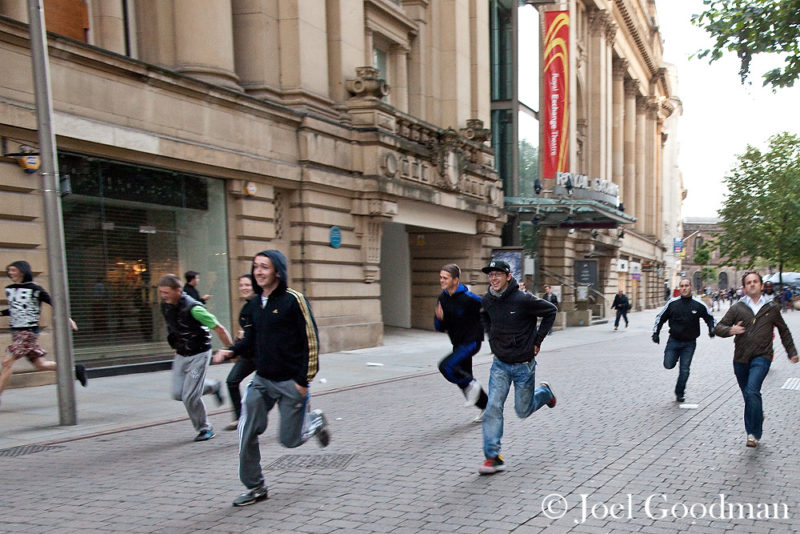 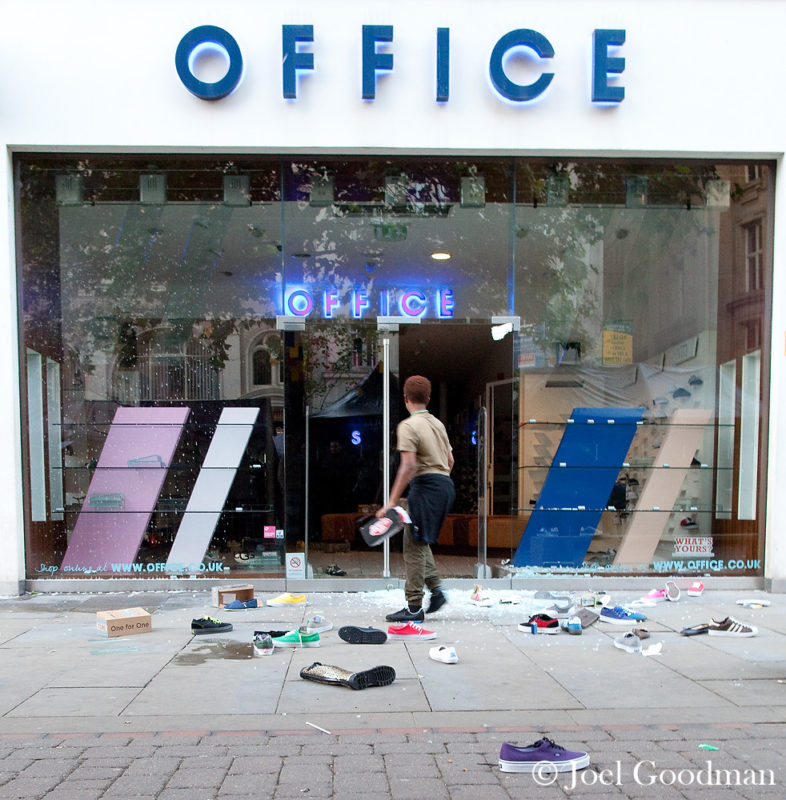 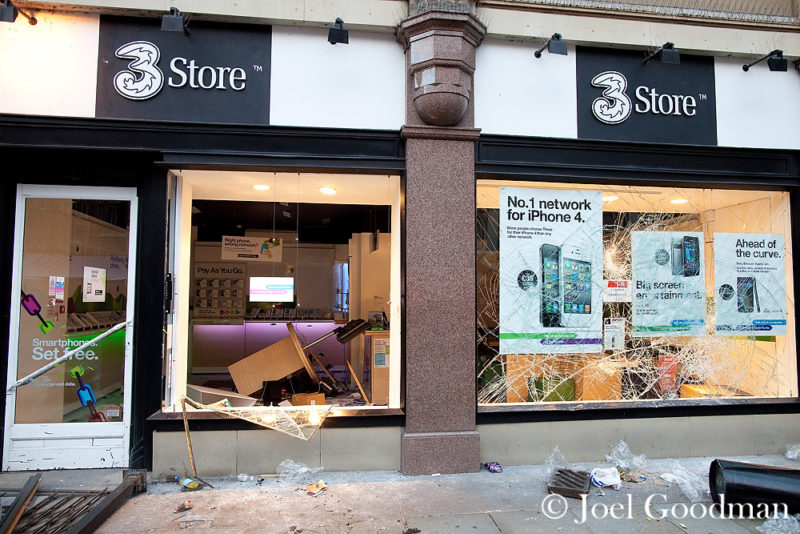 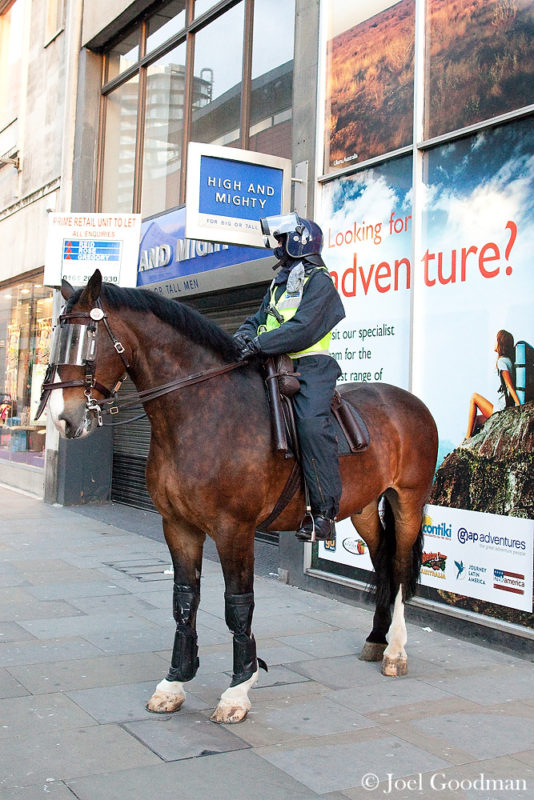 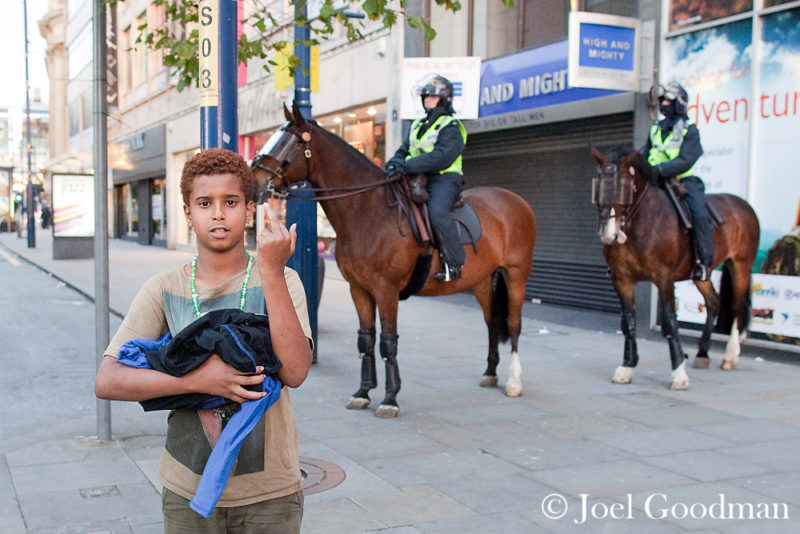 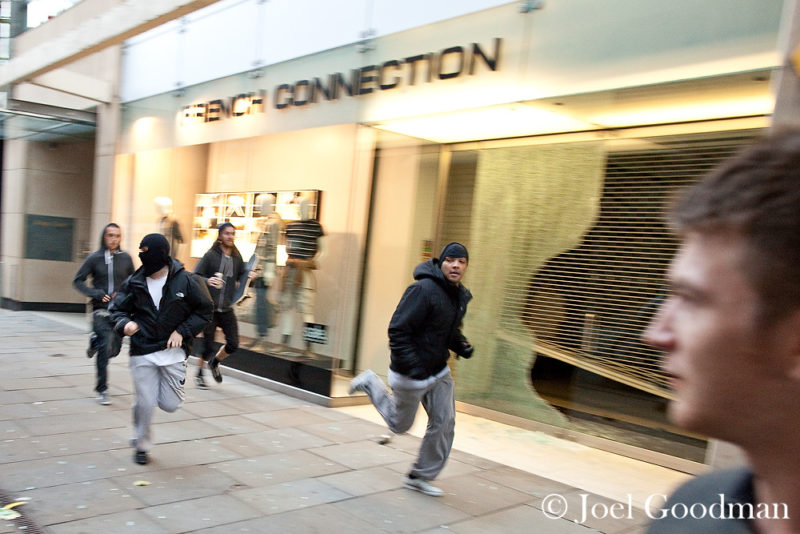 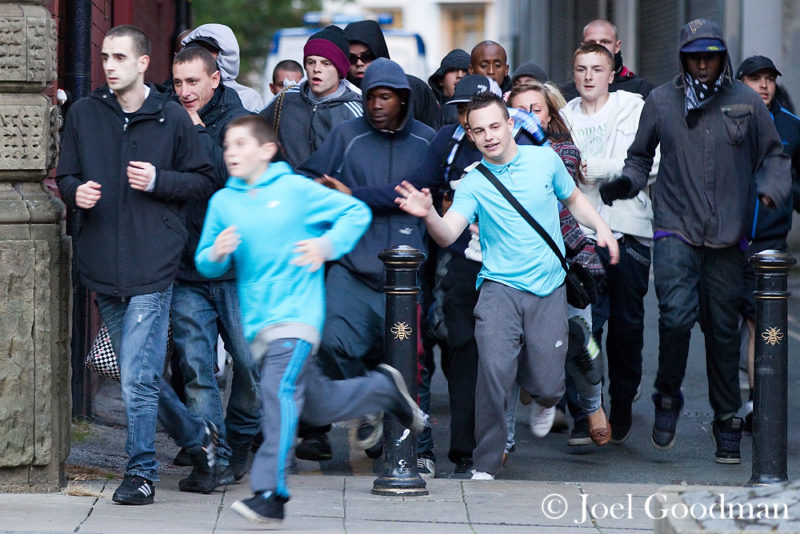 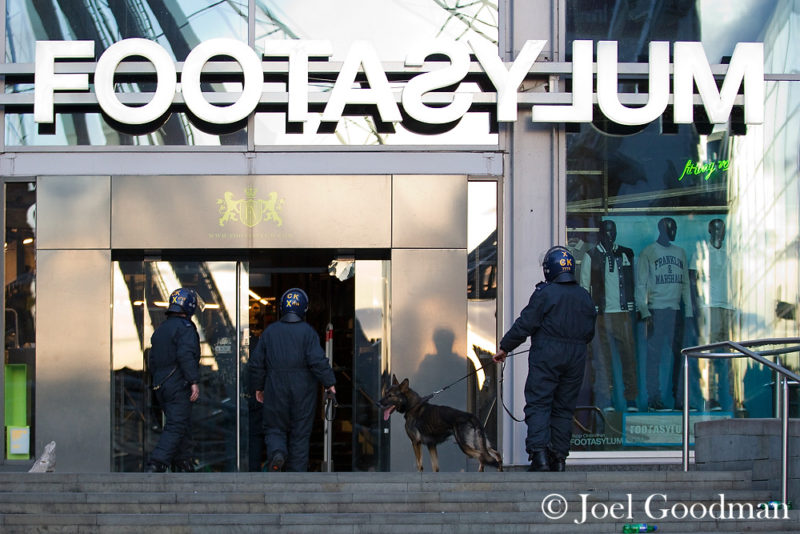 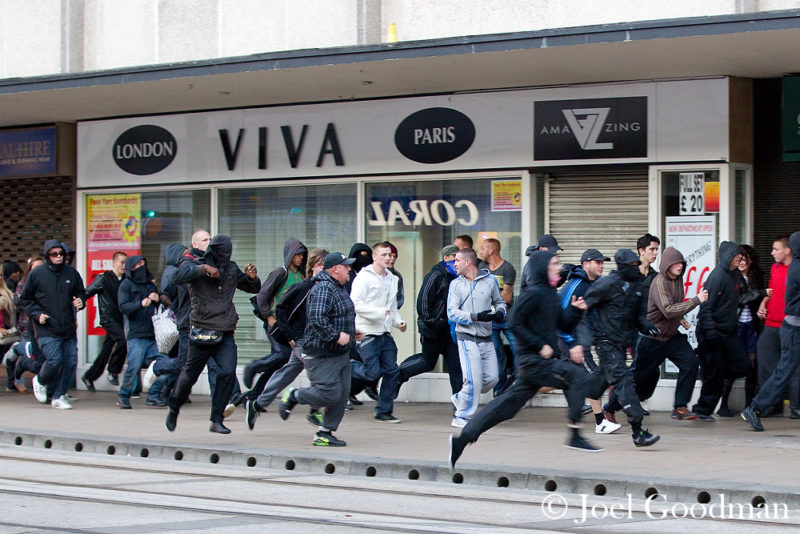 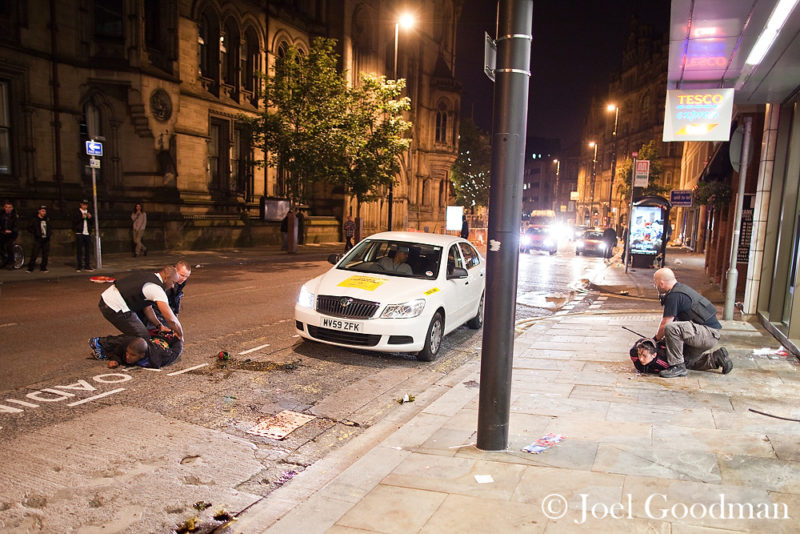 Later that evening, I witnessed the arrest of Domenyk Noonan. As well as being a well-known organised crime figure in Manchester, in a twist of small-world fate, he is also related to Mark Duggan, the man whose shooting in London sparked the protests that lead to the riots in Tottenham, three nights earlier. 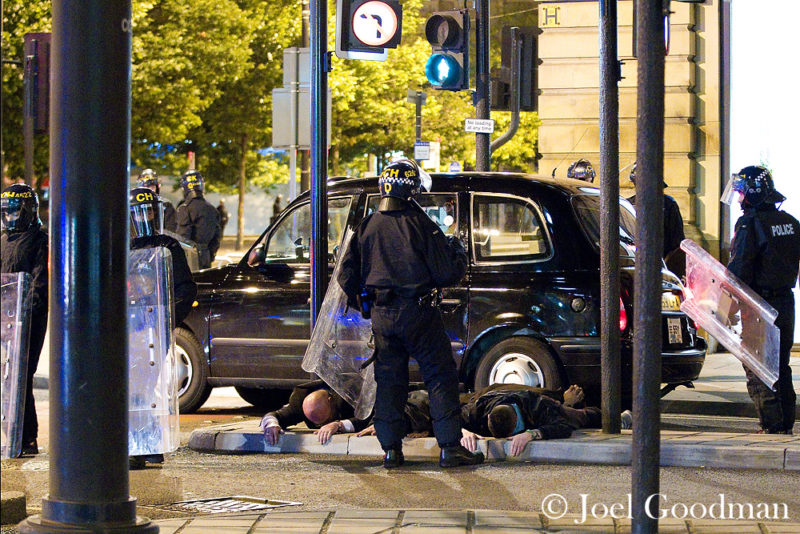 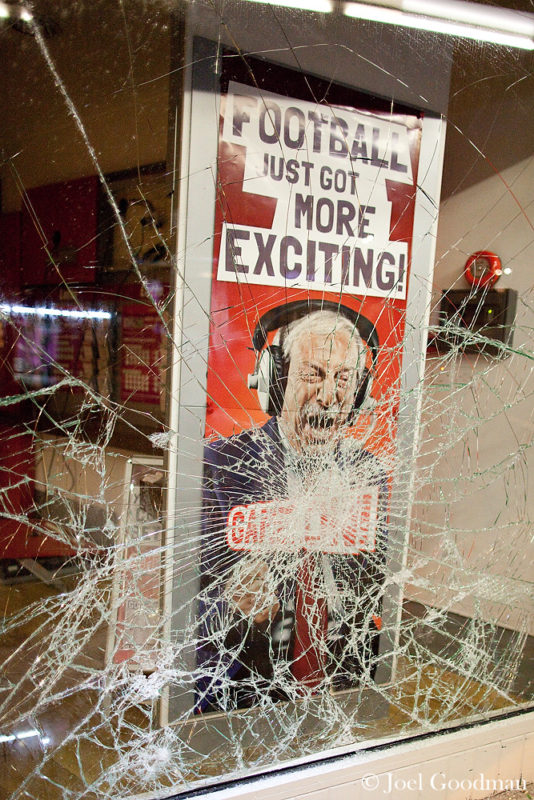 I plan to post more tomorrow, from the final hours of the riots and of a curious follow up from 2012.