On Saturday I covered PC David Rathband’s funeral. He was the policeman who was shot in the face and blinded by Raoul Moat in 2010.
20 months later he was found hanged in his home.
I travelled to Stafford in the morning, photographed the cortÃ¨ge in the town and most of the funeral outside the crematorium, filed my pictures and drove home for tea.
On Sunday a few of my pictures were used in the press. This one was used on the Daily Mail website: 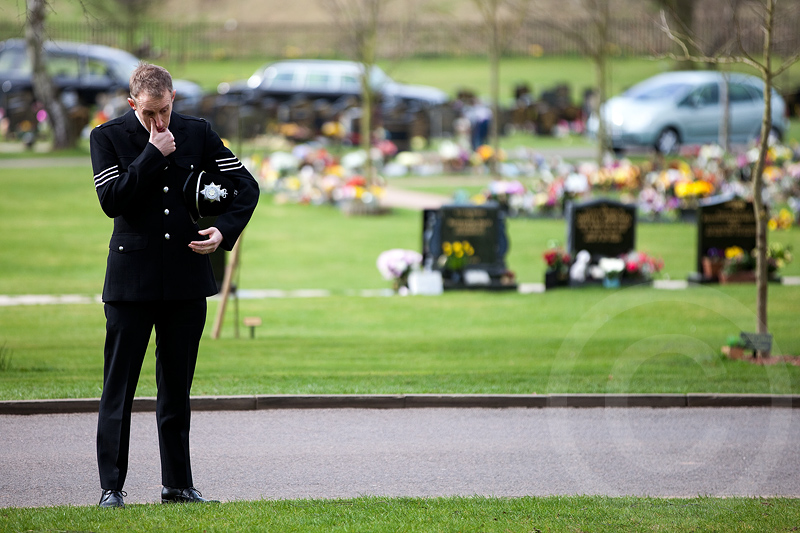 On Sunday evening I received the following Email, which I’m publishing below with the author’s permission:
Hi Joel,
I felt compelled to contact you, and thank you for the attached photograph that you took, at David Rathband’s funeral yesterday.
It’s extremely poignant, given the circumstances, and beautifully shot. As a serving Police Officer in South Yorkshire Police, I have never seen a photograph that more successfully sums up the common bond and understanding shared amongst Police Officers, and that captures the effects of such an event on our “community”.
It has all the more impact on me, as the officer you photographed is my brother, another South Yorkshire Officer. Clive came to know David Rathband well, through a Blue Lamp Foundation event in Sheffield that Clive and his shift organised to raise money for David’s charity in September. David was the guest of honour, and was a very engaging speaker at the event. Everyone in the Police, as I’m sure you can understand was touched by David’s story. The wrong place, the wrong time. It literally could have been any of us.
Clive was very upset by David’s death and wanted to pay his respects yesterday. The photograph brought my wife (another SYP bobby – it’s in the family!) and I don’t mind admitting myself to tears, demonstrating the power of your art, I guess.
I just thought you may enjoy hearing the human story behind this moment you captured.
Thank you
Matt Collings
I’ve never received a more touching response to a photograph. I’m bowled over by Matt sharing his family’s feelings. It’s affirming. 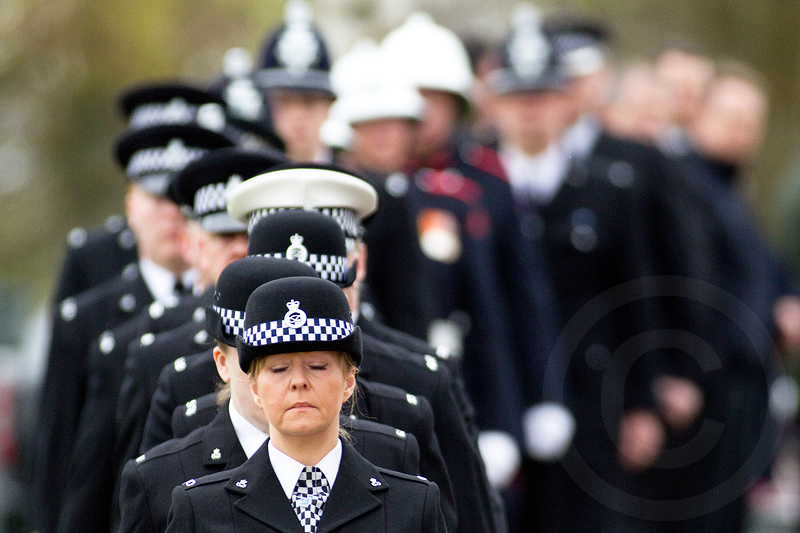 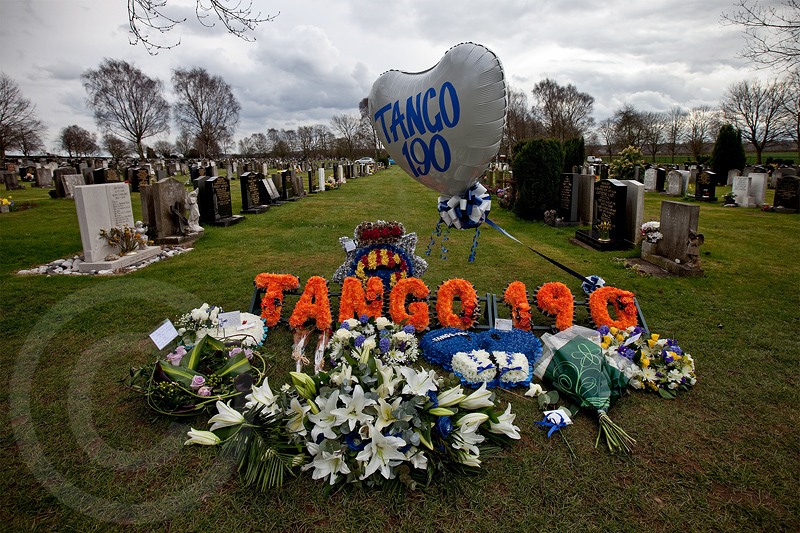