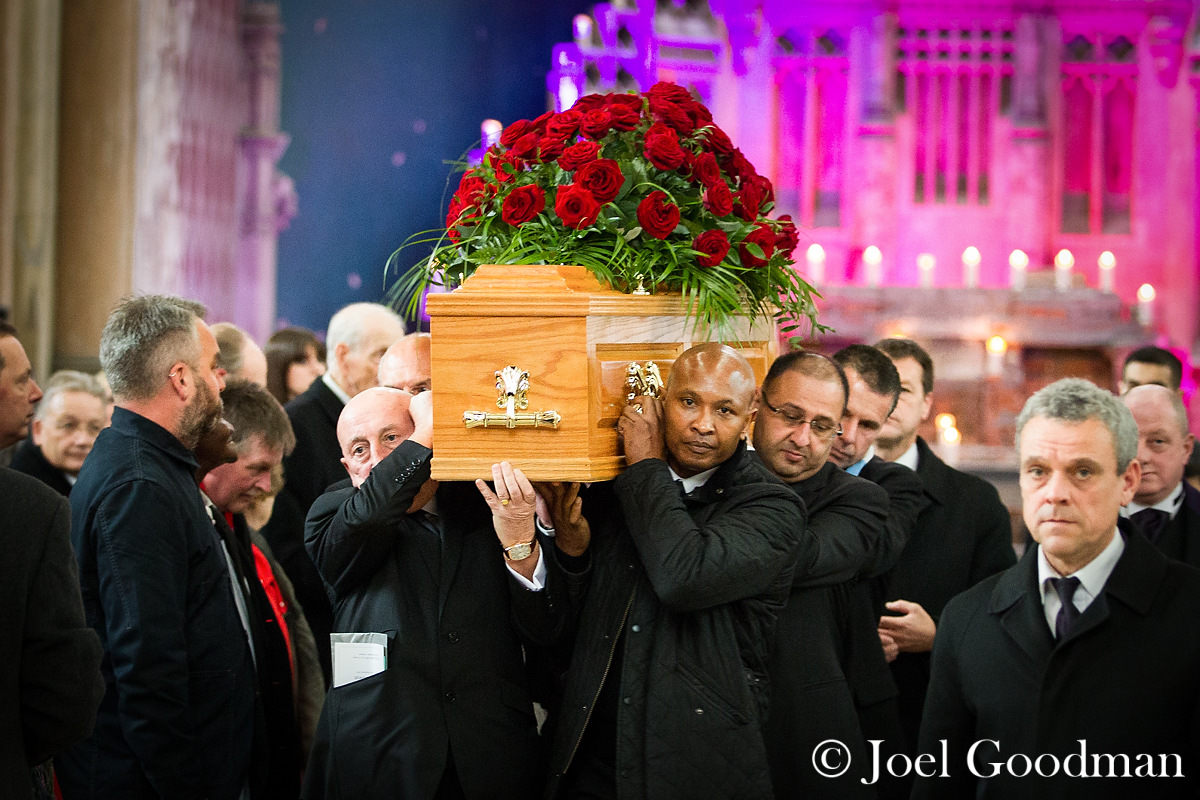 Without wishing to sound insincere, it really was a privilege to photograph Harry Goodwin’s funeral.
http://en.wikipedia.org/wiki/Harry_Goodwin
Talking to so many people at the service and wake after, it wasn’t just about celebrity. From the music fan who, when trying to find the childhood home of the Bee Gees, bumped in to Harry by chance only for Harry – a complete stranger – to sort him tickets for a concert; to the woman who interviewed him for hospital radio one time, for them to stay in touch thereafter, Harry seemed to generate affection and trust – and establish lifelong friendships from fleeting encounters – with ease. 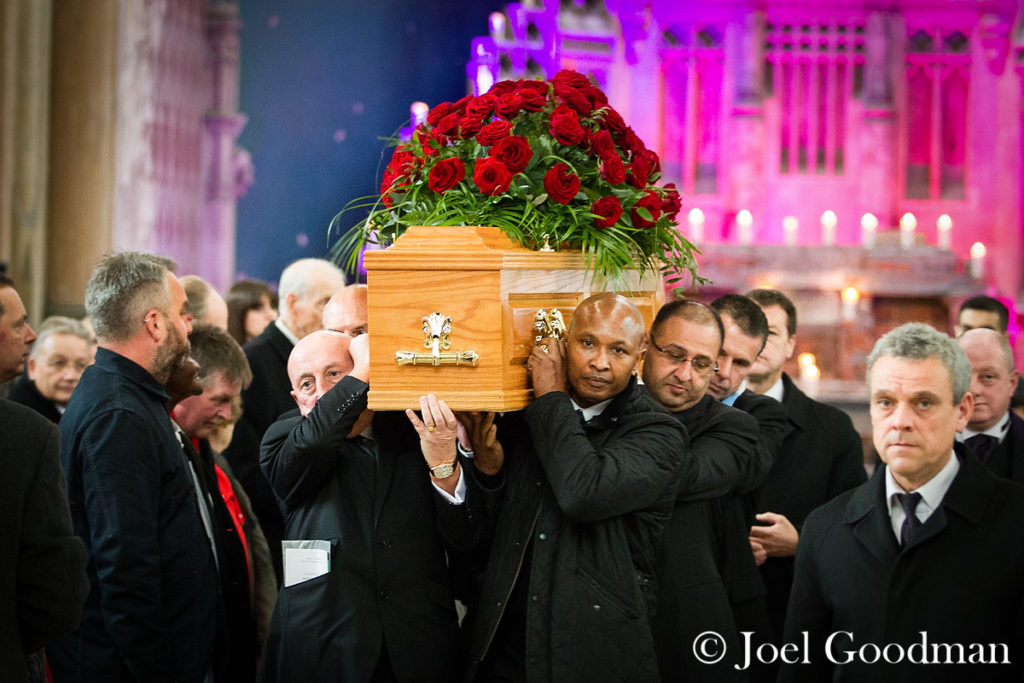 At the funeral was Harry’s friend and colleague, photographer Ron Howard, with his two sons (photo taken at the wake, after). 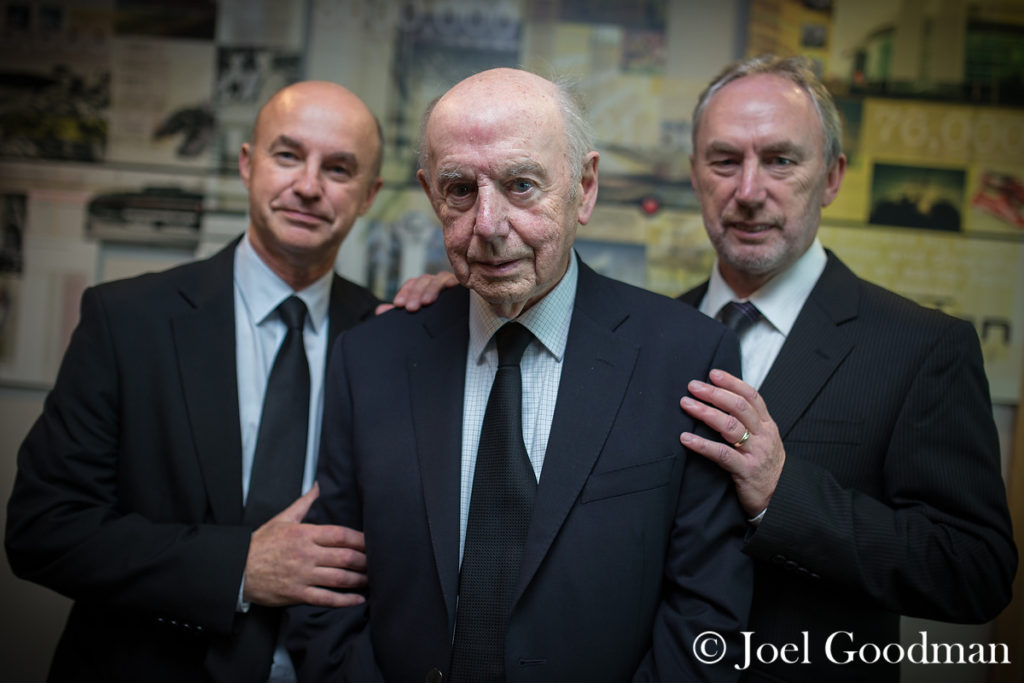 A piper played from the balcony of Gorton Monastery, where a Humanist commemoration of Harry’s life was held. 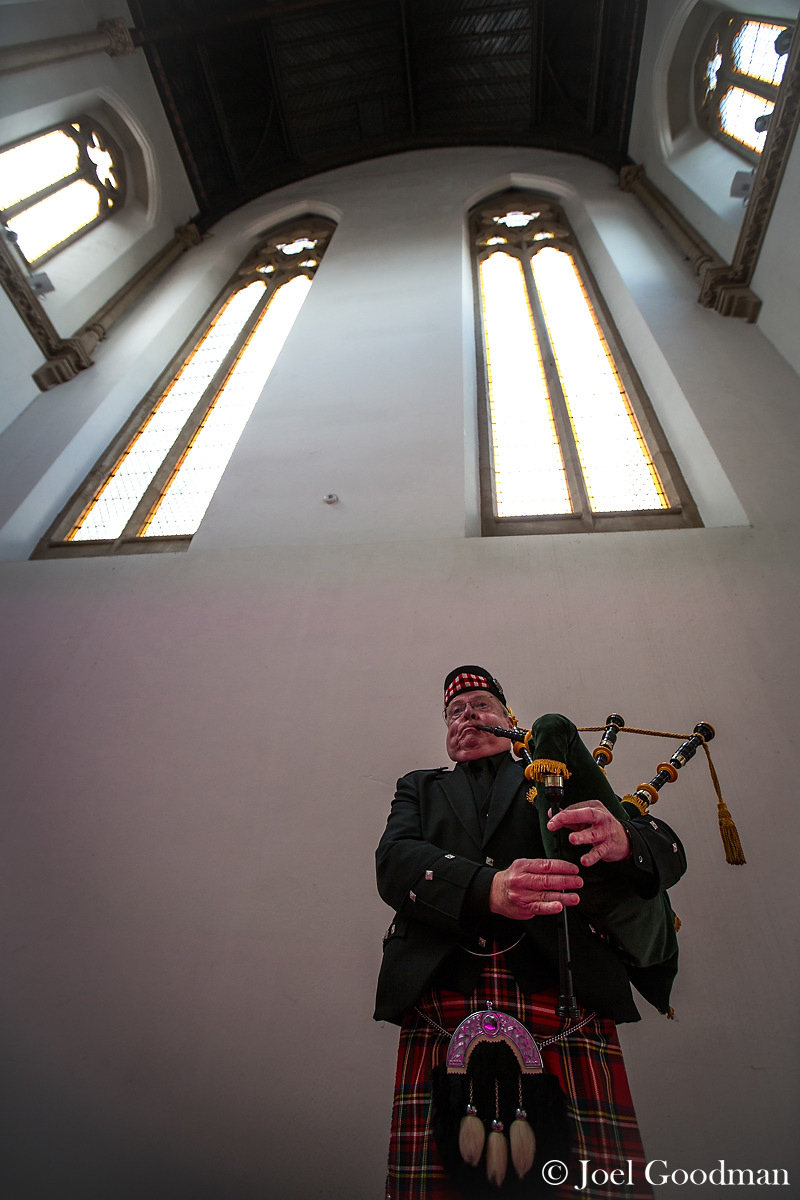 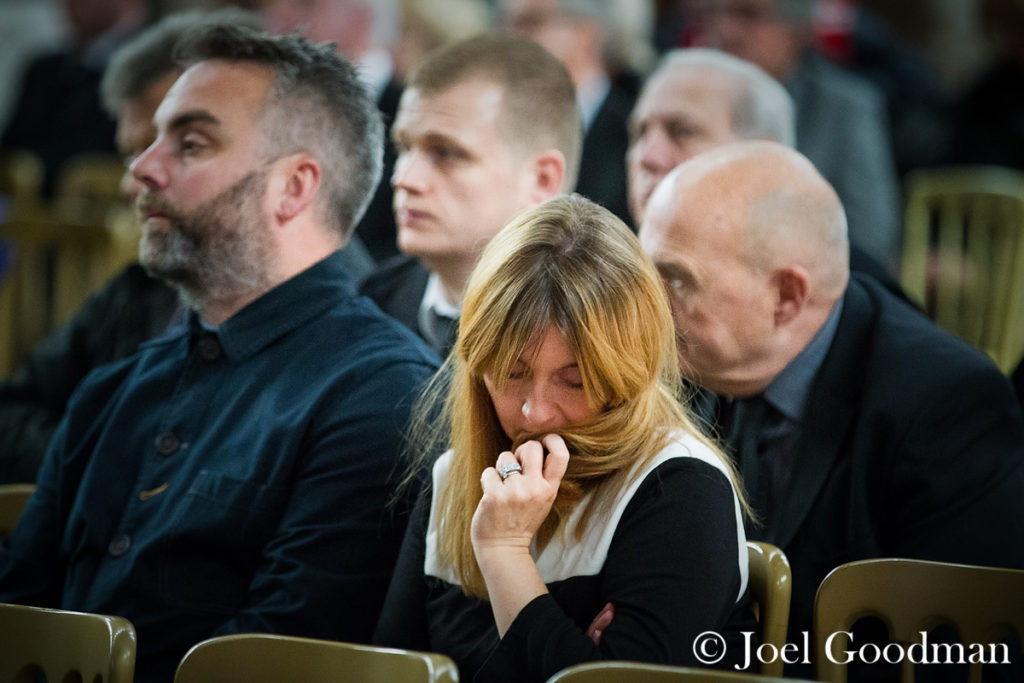 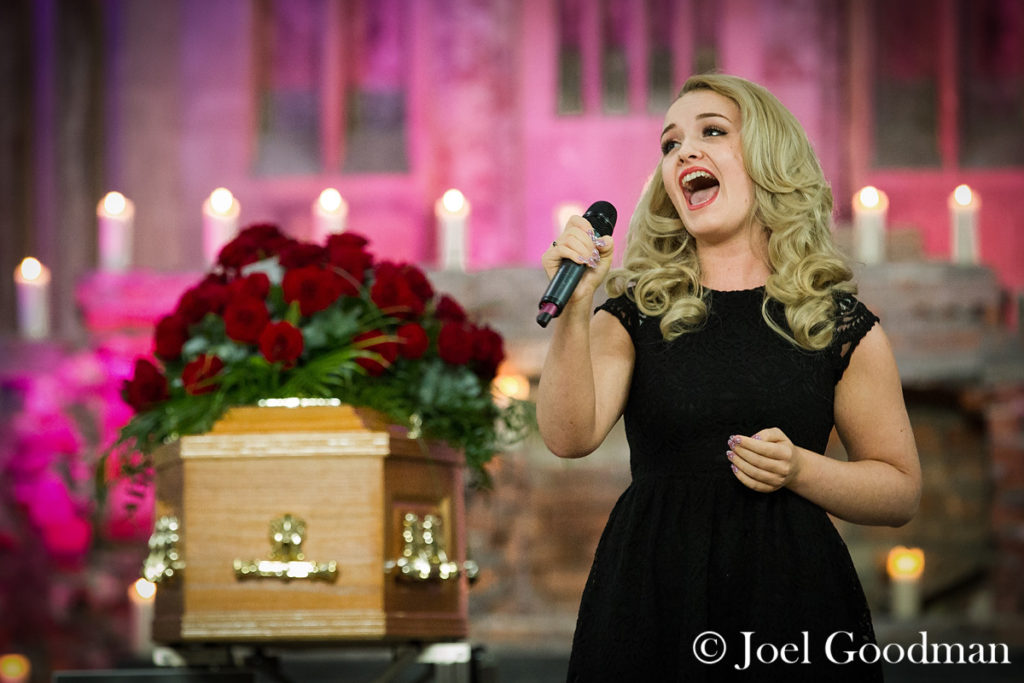 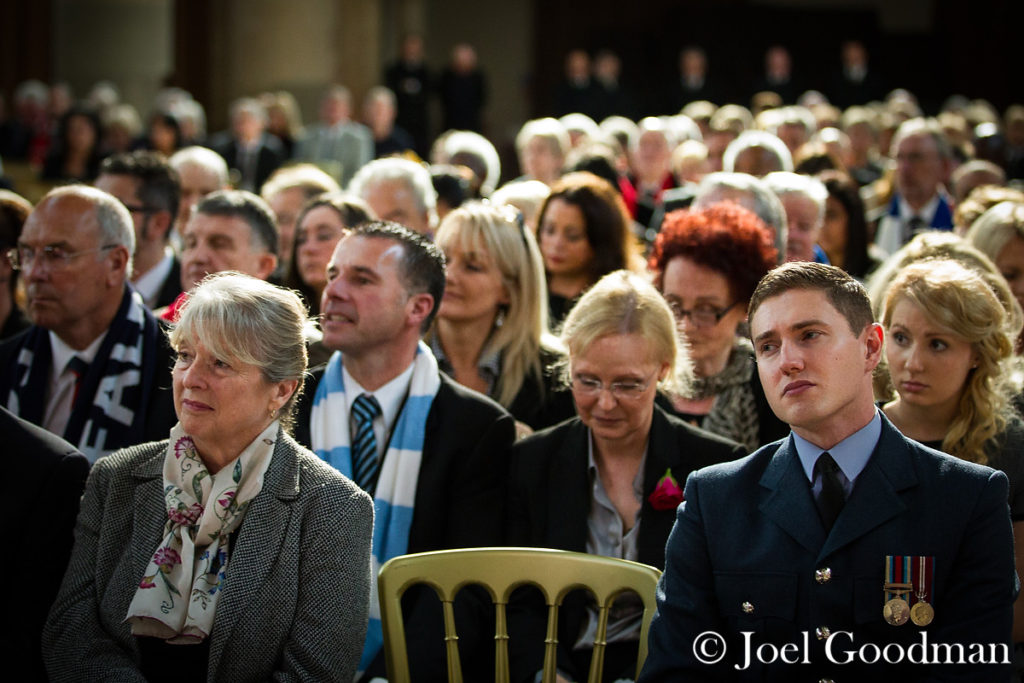 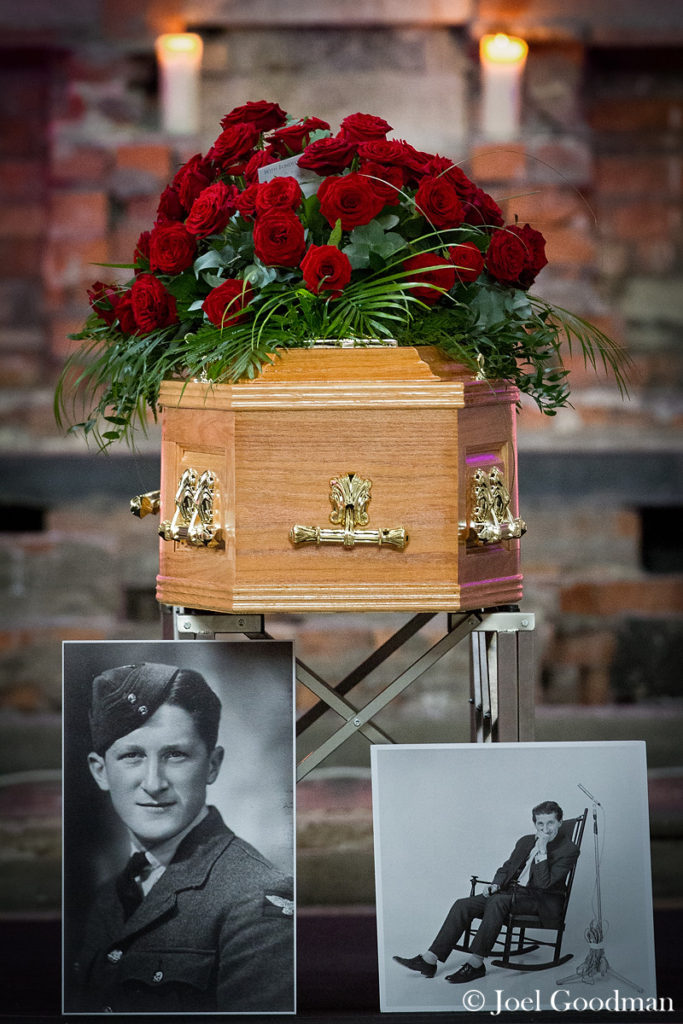 As if the setting wasn’t sufficiently glorious, a rainbow emerged as mourners gathered at the monastery. 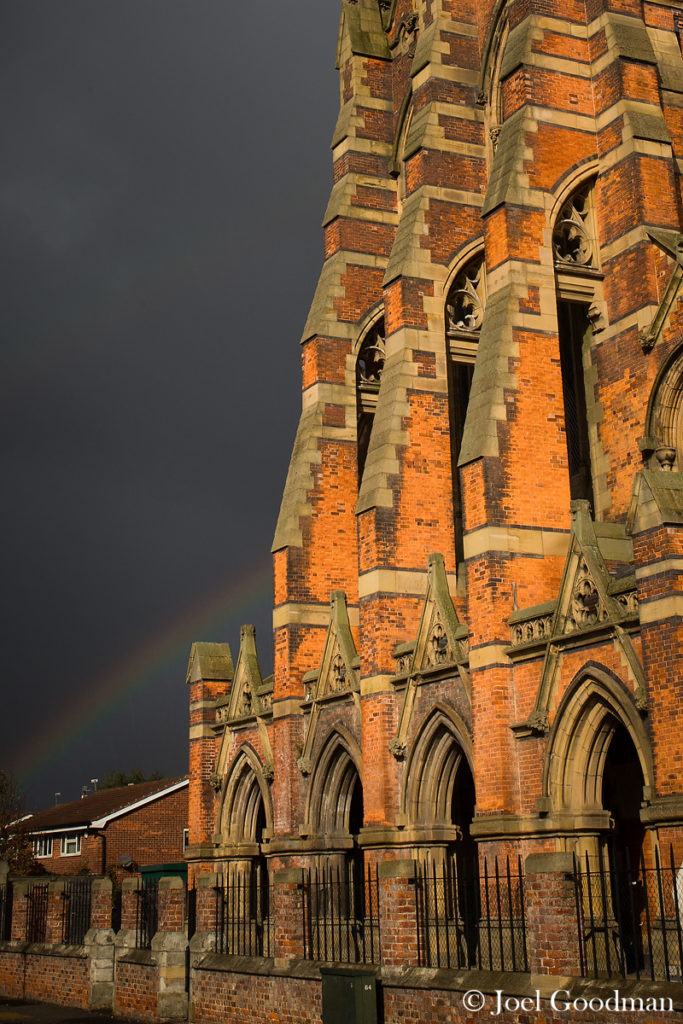 Harry photographed pretty much everyone who made it in to the charts, over two decades. Many became long-term friends. 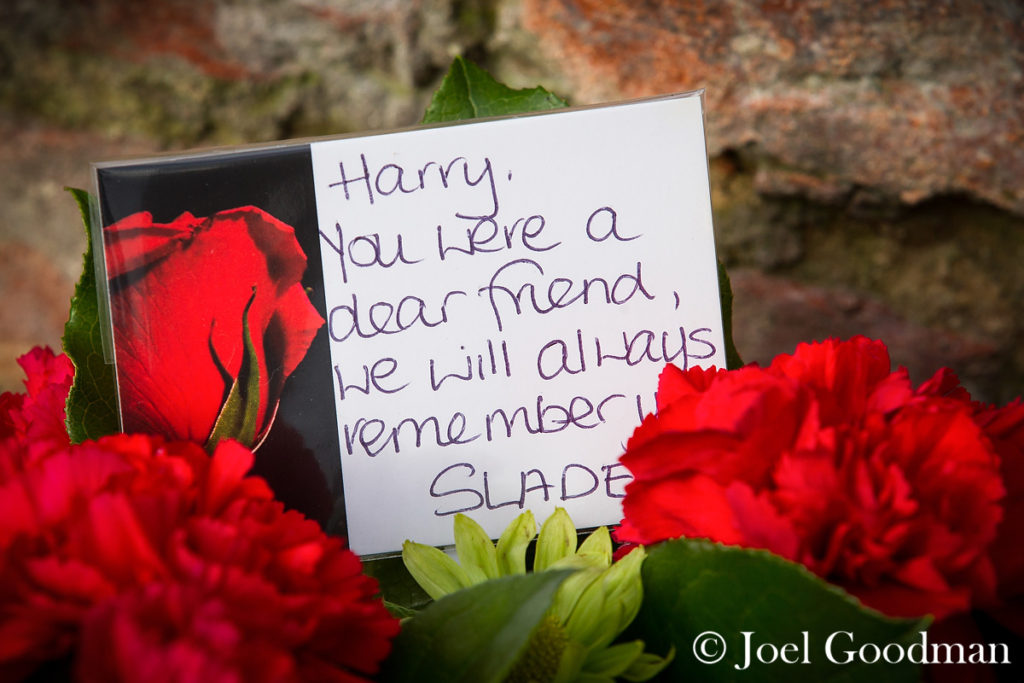