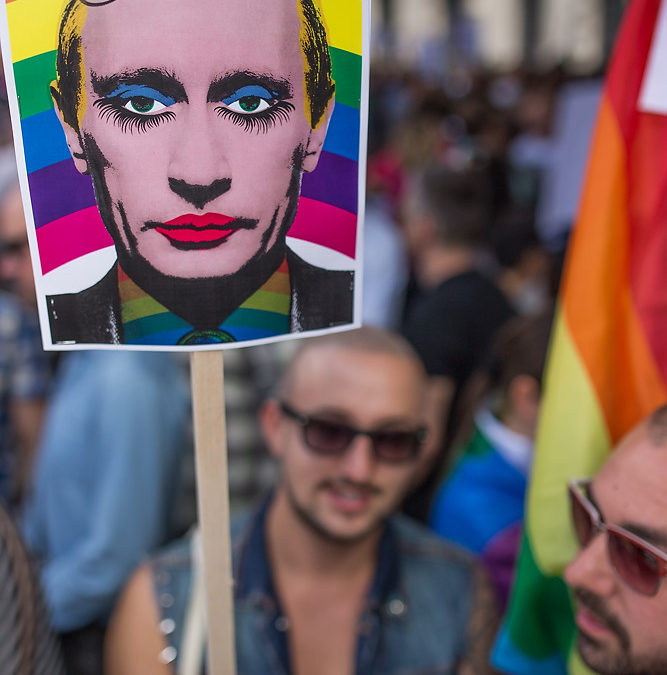 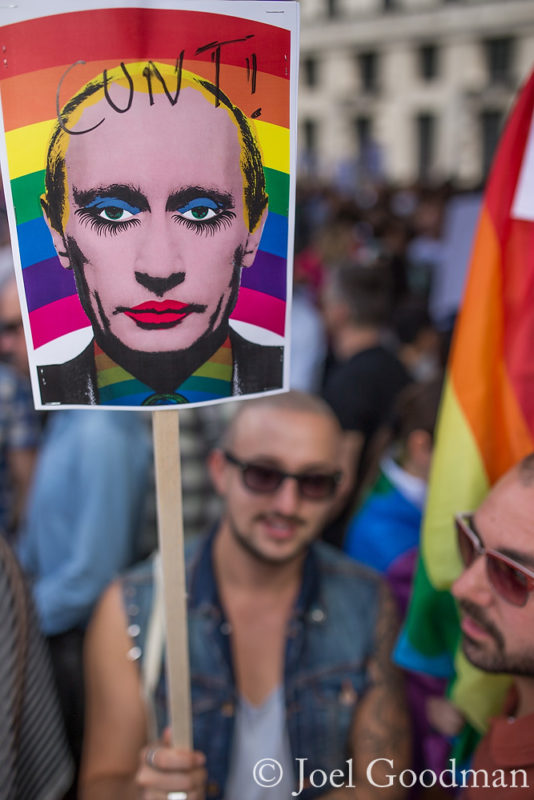 Â© Licensed to London News Pictures . 10/08/2013 . London , UK . Protesters with placards . Demonstration against homophobic laws being enacted in Russia on Whitehall this afternoon (10th August 2013) . Legislation includes banning gay pride events for100 years , banning the distribution of ” propaganda of non-traditional sexual relations ” to minors , making it illegal for the adoption of Russian children by gay couples or any single person who comes from a country that recognises marriage equality and giving authorities the rights to arrest foreign nationals whom they suspect are LGBT or pro gay with the right to detain them for up to 14 days. Photo credit : Joel Goodman/LNP