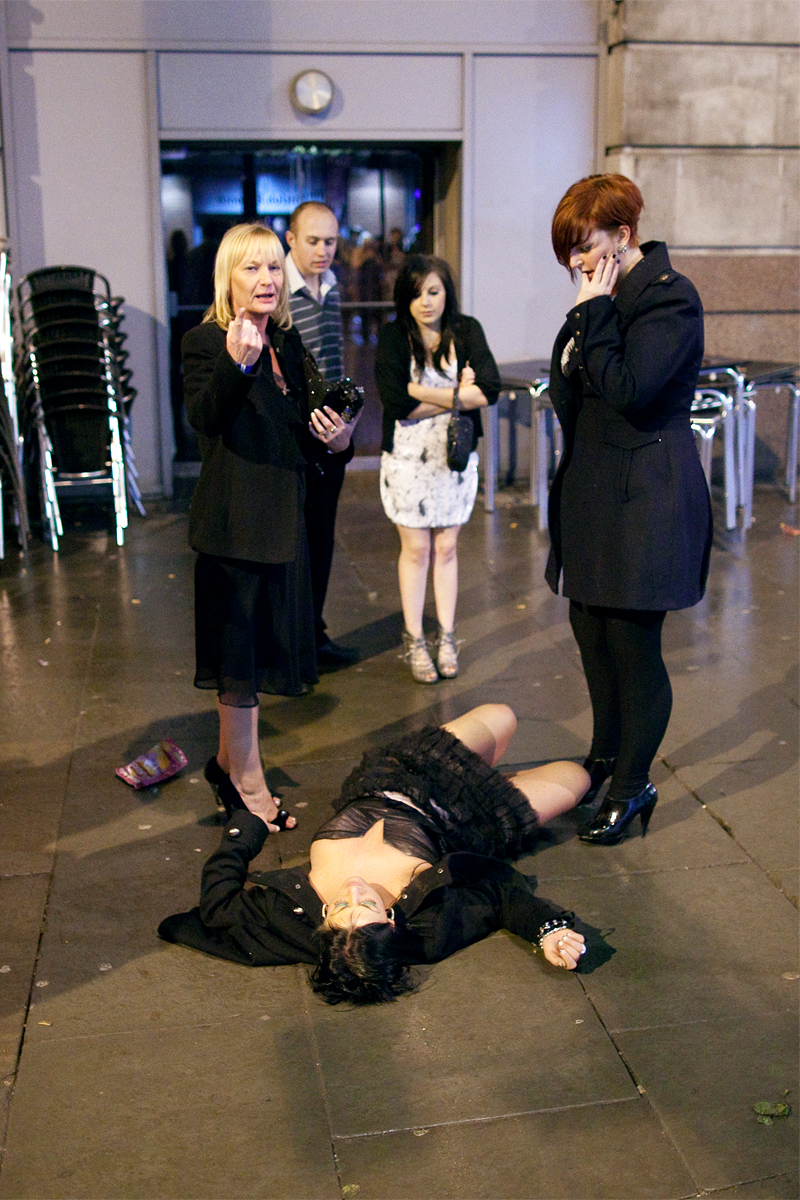 A couple of weeks ago I was doing the night thing around The Printworks in Manchester.
At just before 1am I passed a very drunk girl being propped up by two others. She had passed out. One tried to carry her on her back but the drunk girl was dead weight and fell to the cold ground. I photographed the scene as her friends stood over her, wondering how to proceed. Nothing happened for a minute. The girl lay still. A doorman came over. Then another. Still the girl didn’t move. The doormen became concerned and one radioed for an ambulance.
I stood five metres away. One doorman approached me and told me to stop photographing the scene. I told him to forget about me and watch out for the girl. He radioed in and his controller gave him similar advice.
Then one of the unconscious girl’s friends screamed “She’s not breathing, oh god she’s not breathing”. One of the doormen held her back. The temperature hovered at freezing as other revellers walked by. I feared the worst and continued to photograph the scene. Someone brought a tablecloth and draped it over the girl.
A few minutes later, a paramedic arrived in an estate car. He clipped her to a pulse monitor. I heard no conversation. Minutes more passed and an ambulance arrived. The girl was lifted on to a trolley and loaded in to the back. The ambulance stayed still for 10 minutes, the girl’s friends waiting outside, anxious. Eventually the back doors opened and the two girls were beckoned inside.
Their friend was alive, the ambulance left and the bar staff returned to their posts. I wondered up Well Street and photographed two lads pissing against an electricity substation.