Why shouldn’t I take your picture? 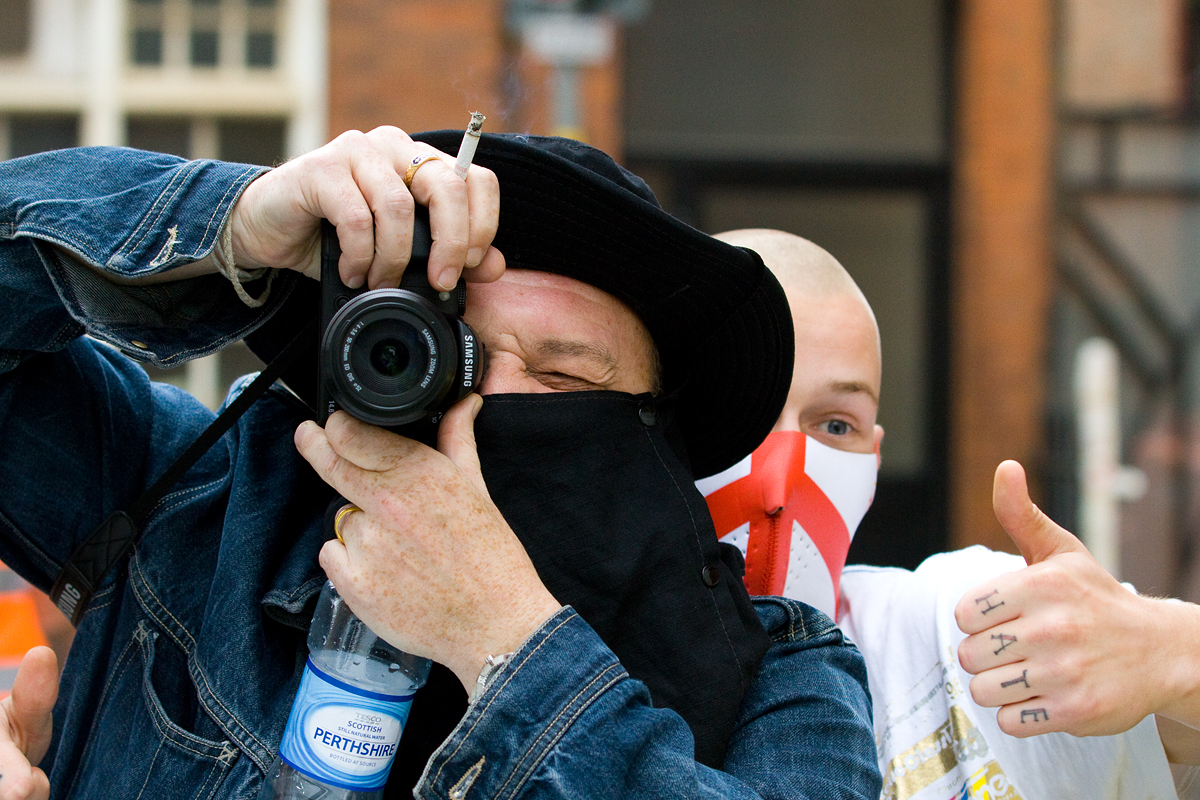 Someone once told me that a camera is a dangerous weapon. I didn’t agree. Irresponsible use of a photo is dangerous, but a camera’s only dangerous when used as a blunt weapon.
So what is there to fear, but fear itself?
A fear-response is instinctive, not rational. A cold look at the experience of being photographed in public â€“ of one’s presence and actions, which are already on display for all to see, being recorded as such – should not, in and of itself, be something to fear. Indeed, in the UK, it’d be wise to assume that most of your actions are recorded, most of the time, when in public. CCTV’s ubiquity and society’s broad acceptance of it as the norm is far more insidious than someone standing on the street with a camera, in plain sight. If we are to ascribe the worst motives to others’ actions, then why doesn’t CCTV arouse greater suspicion?Â  To accept that to assume the worst is a reasonable default, is to legitimise irrational fear.
Why should I be the victim of another’s prejudice?
Rather than shrinking into ourselves and accepting prejudice as a “reasonable human response”, we should challenge this. Intimidation for its own sake is unacceptable, but how is allowing ourselves to be intimidated into fearing our legitimate actions are, in turn, intimidating of others, a balanced response to the initial concern?
Terrorism and paedophilia didn’t start with the invention of photography and you are staggeringly unlikely to fall victim to either as a result of it.
EDL supporters photographing photographers. What’s good for the gooseâ€¦ 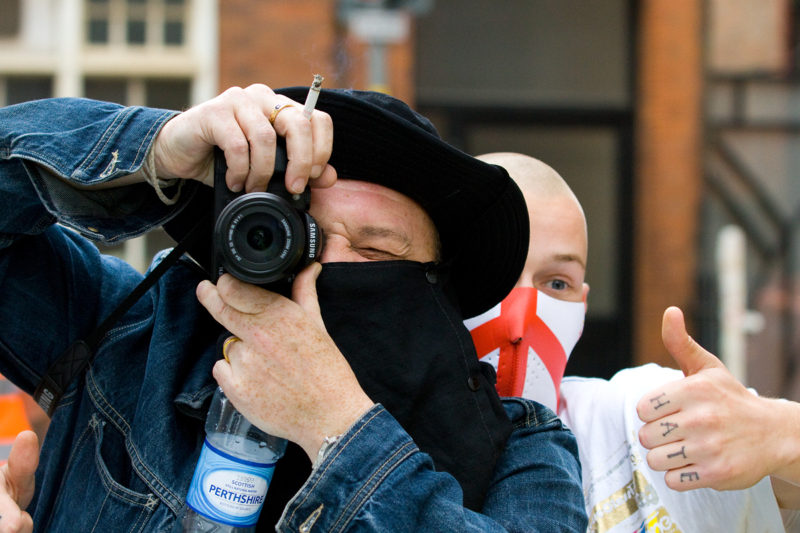 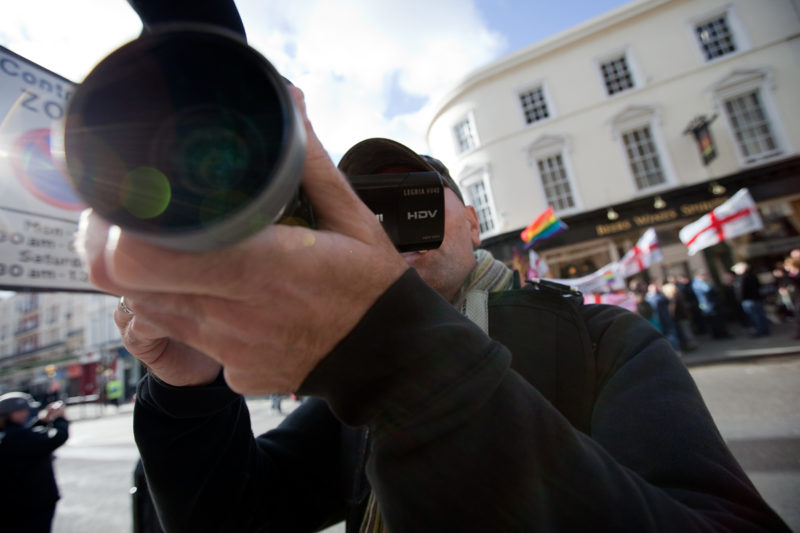 …should be good for the gander 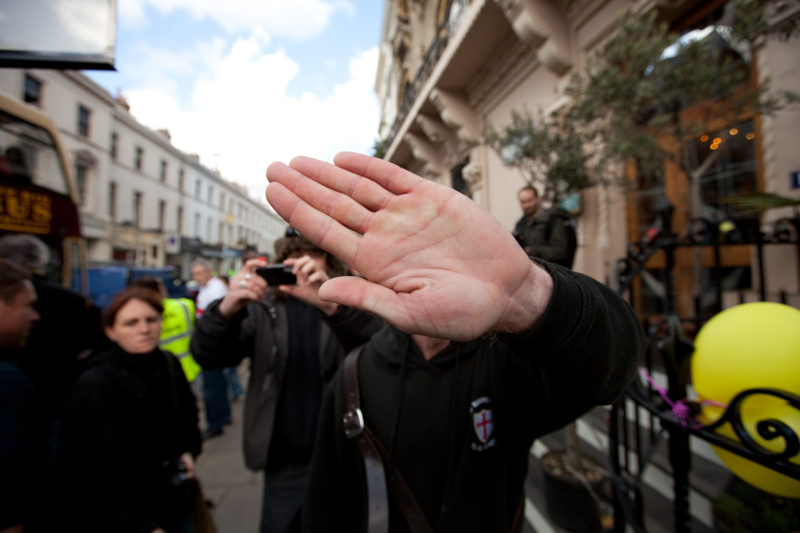 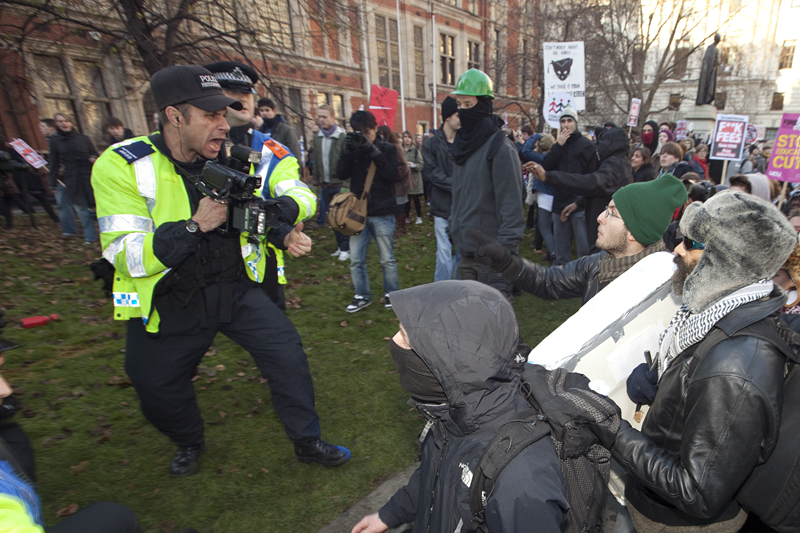 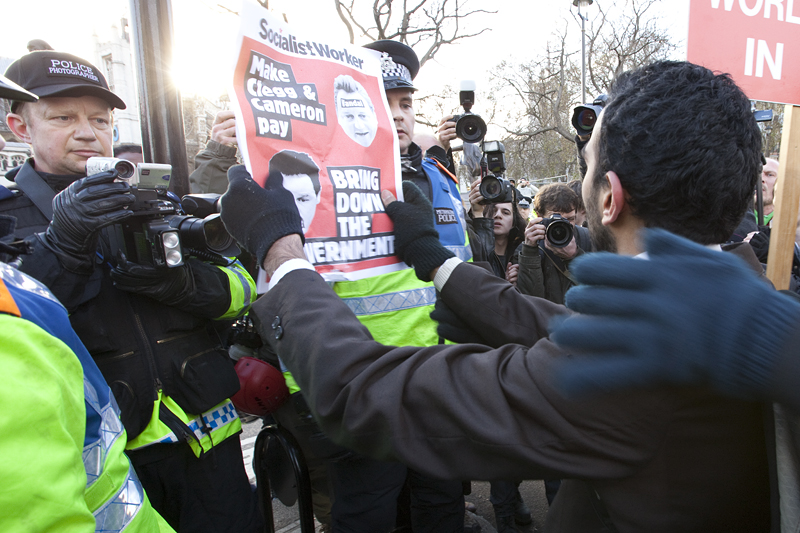 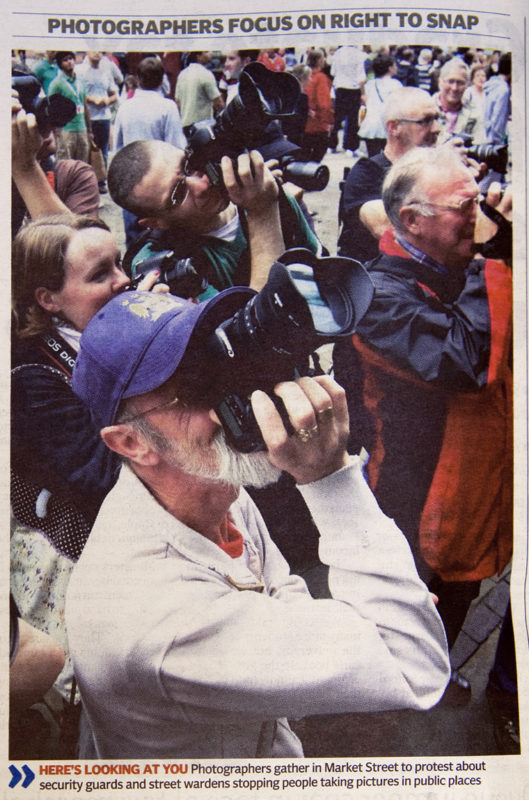 That’s a decent thing, no?
CCTV cameras on a public street: 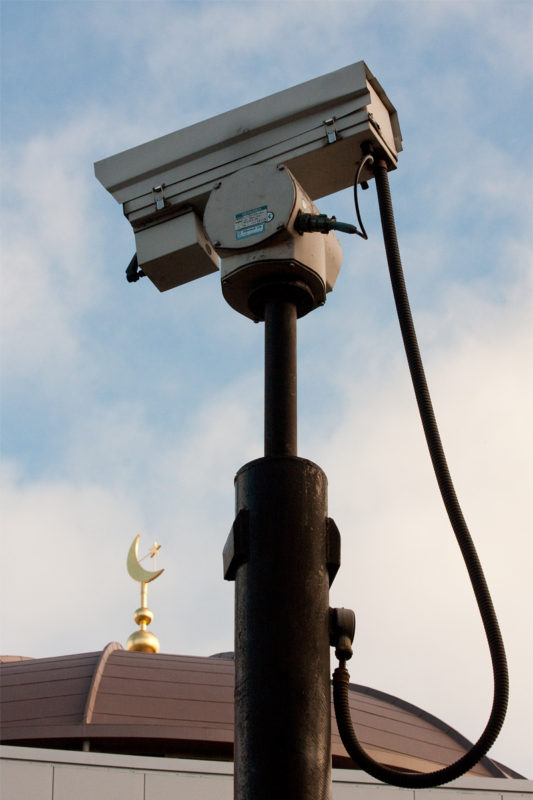 Is ubiquitous surveillance less or more troubling than overt photography?
Of course the use to which a photograph is put is an entirely different matter.
Written in response to http://russellpollard.wordpress.com/2010/12/29/why-are-you-taking-my-picture-life-in-the-grey-zone-of-photography/