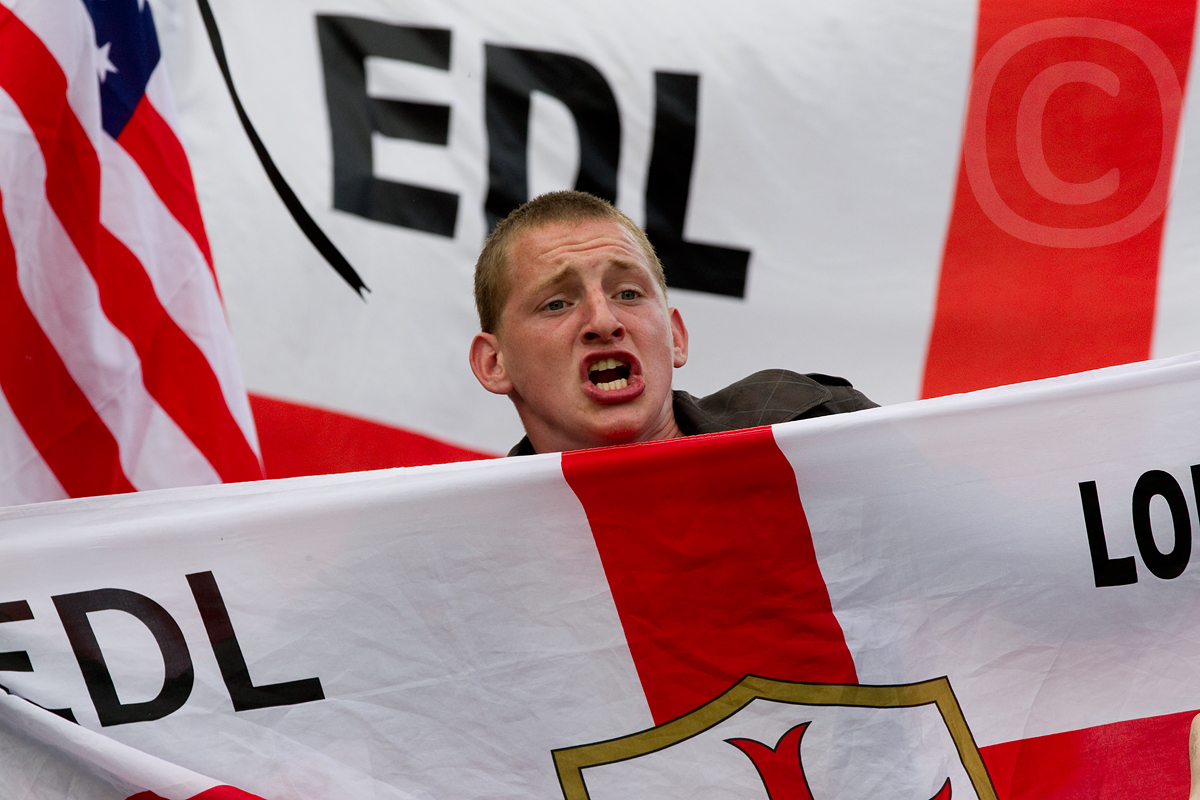 The English Defence League protested against a proposal for the construction of a new mosque, in Cambridge, on 9th July 2011.
On the same day, a coalition of groups opposed to the EDL, held a counter demonstration.
Younger EDL supporters before the demonstration: 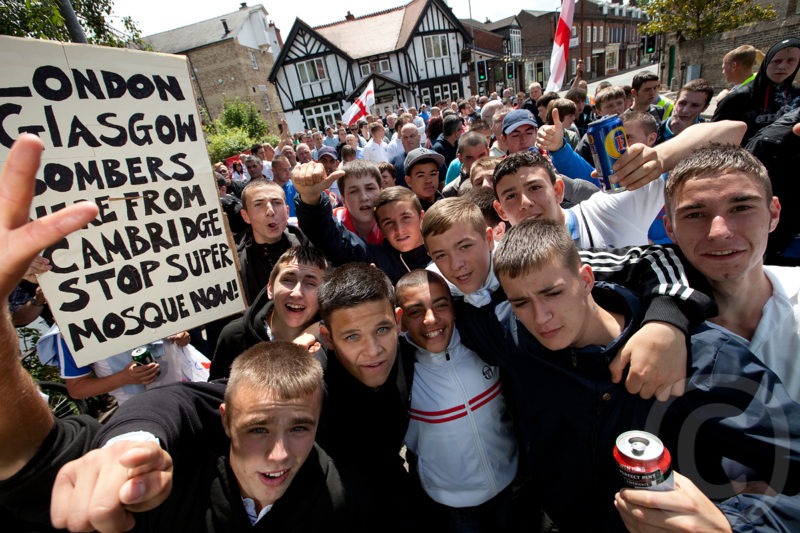 Those opposed to the EDL held a separate march: 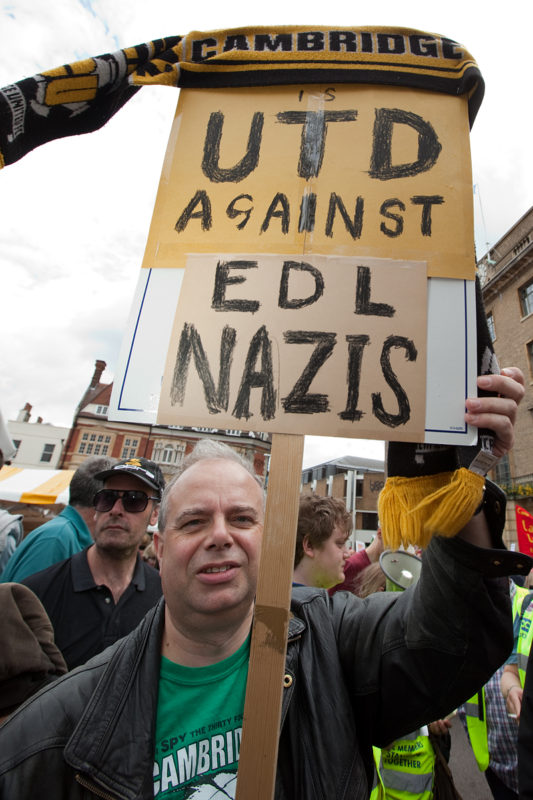 EDL supporters gather prior to their march 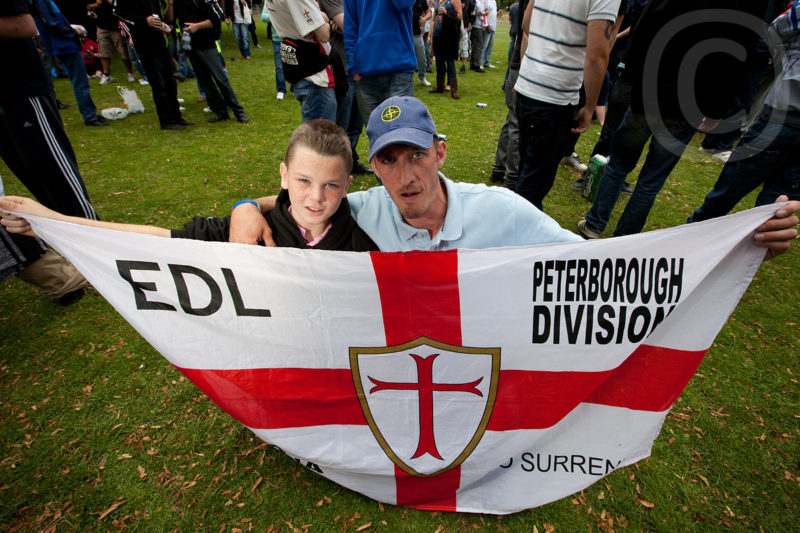 They object to the construction of a new, larger mosque, which is yet to receive planning permission: 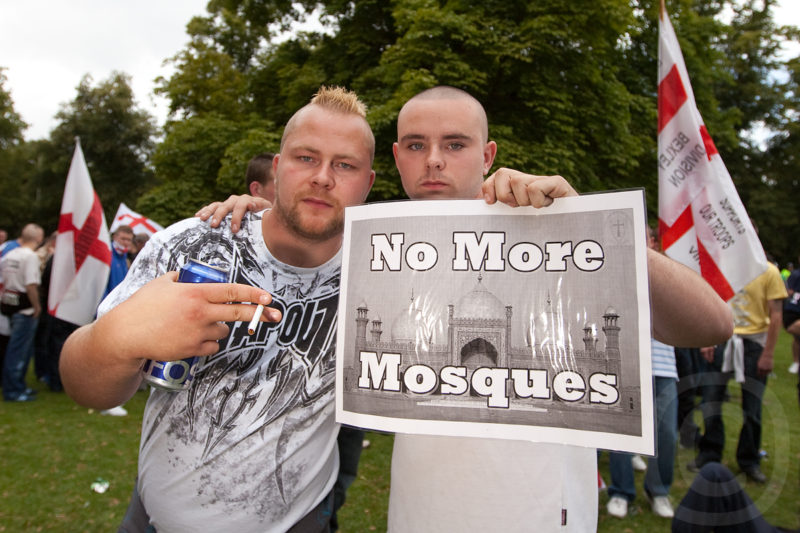 Several hundred marched in opposition to the EDL: 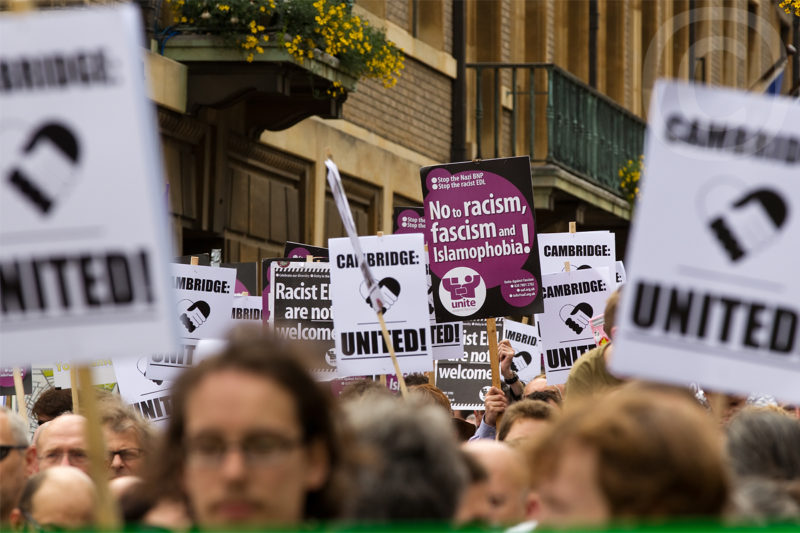 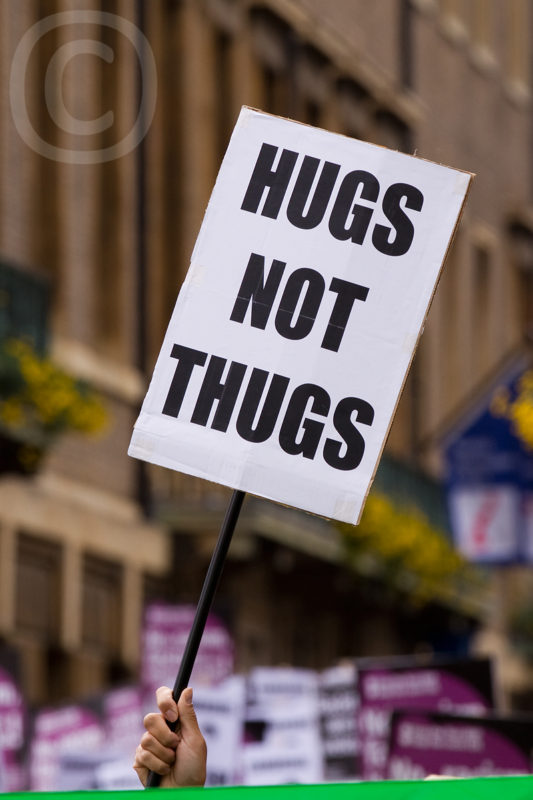 An EDL supporter, before their march: 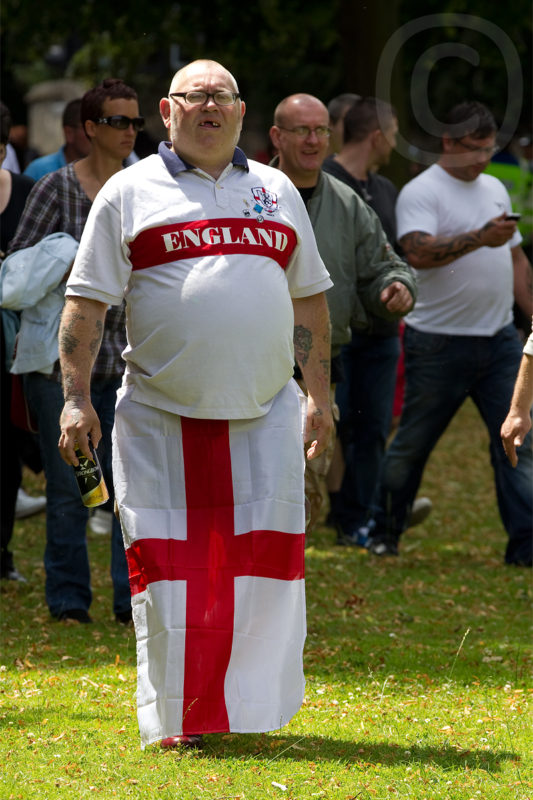 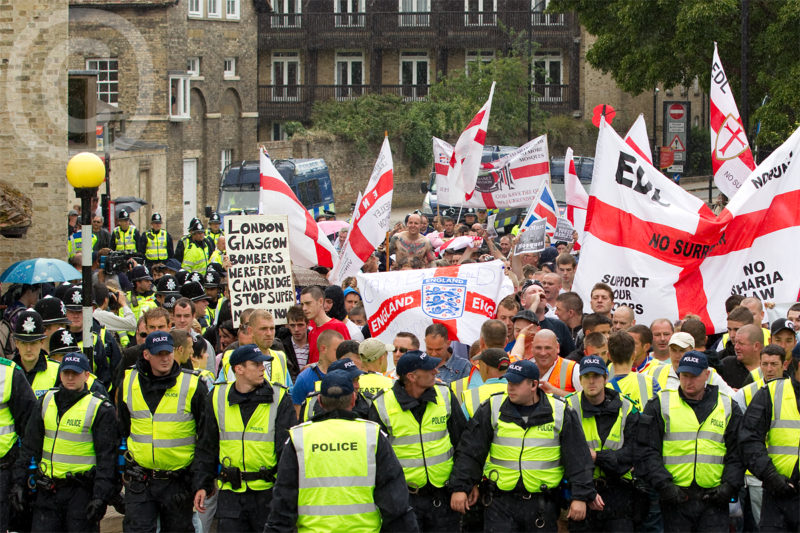 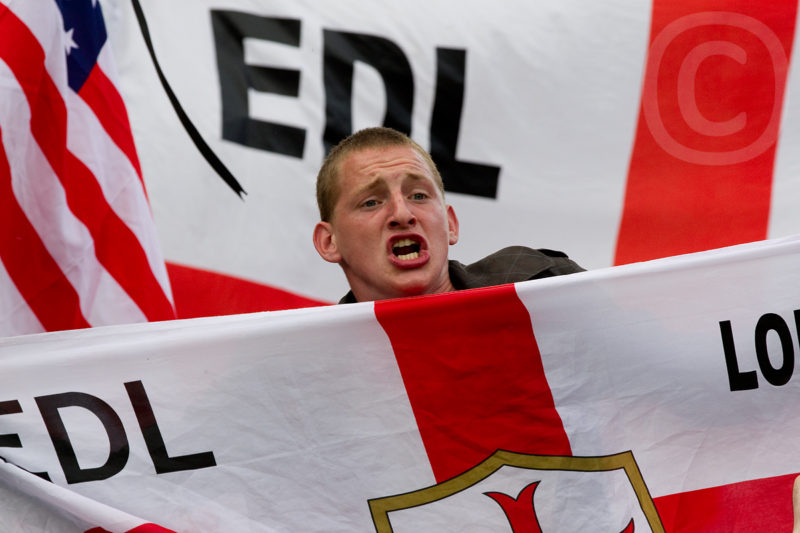 Along the route of their march, those opposed to the EDL shouted at the group, which prompted anger from EDL supporters who, in turn, attempted to push through police lines towards their opposition: 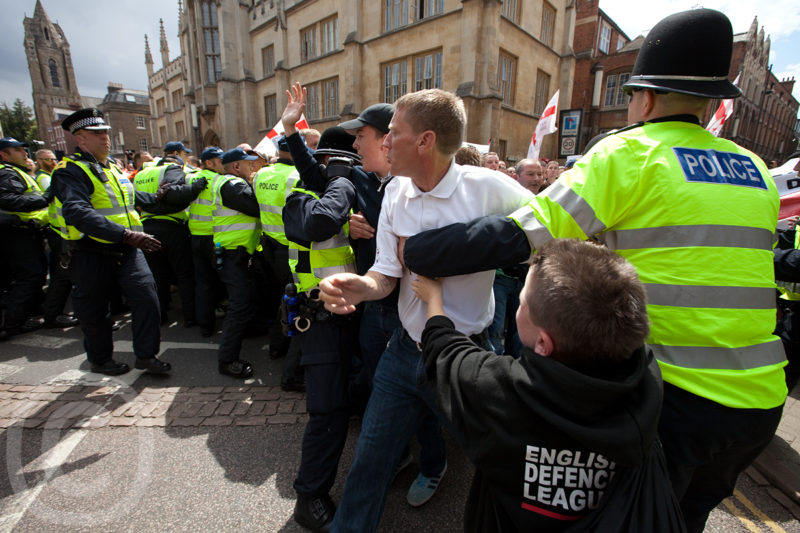 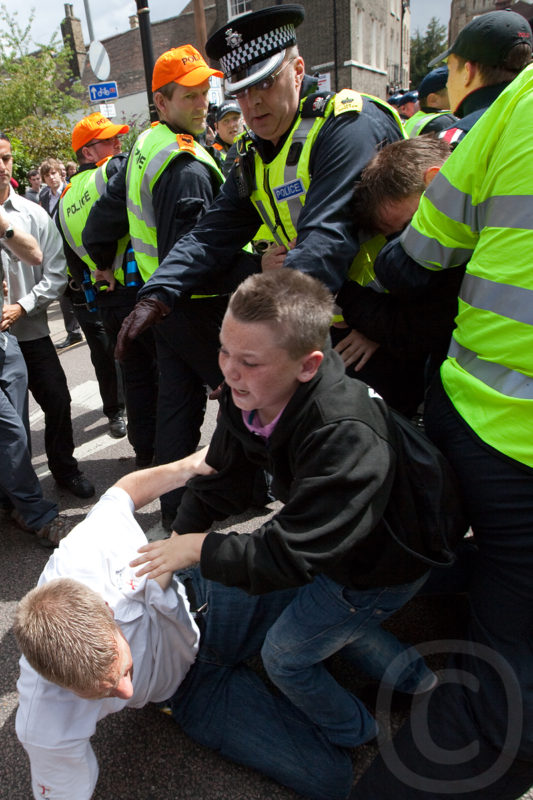 Police stood between EDL supporters and those opposed to their march: 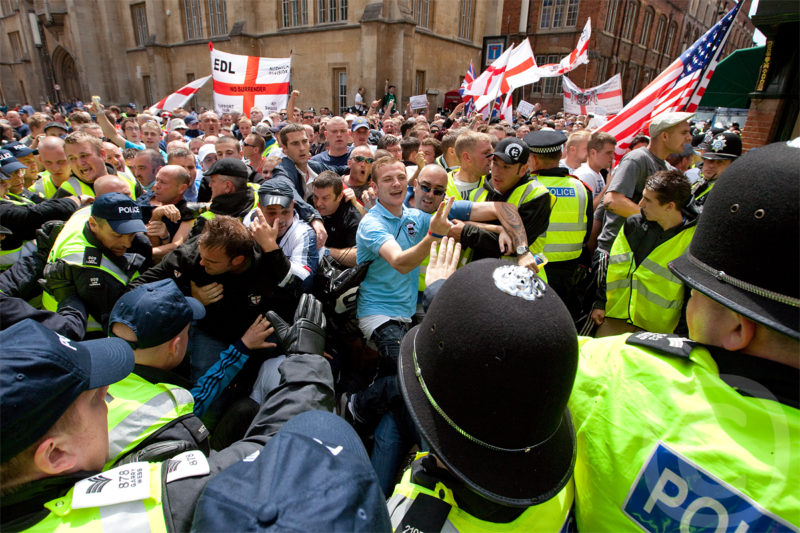 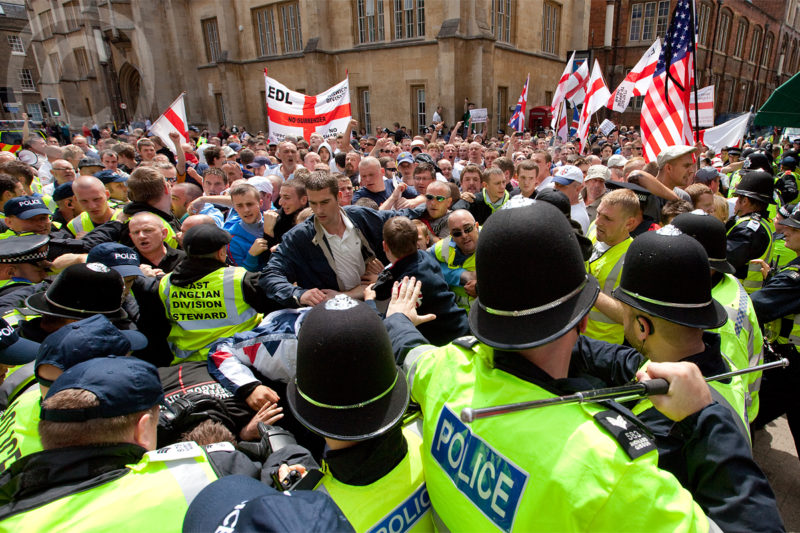 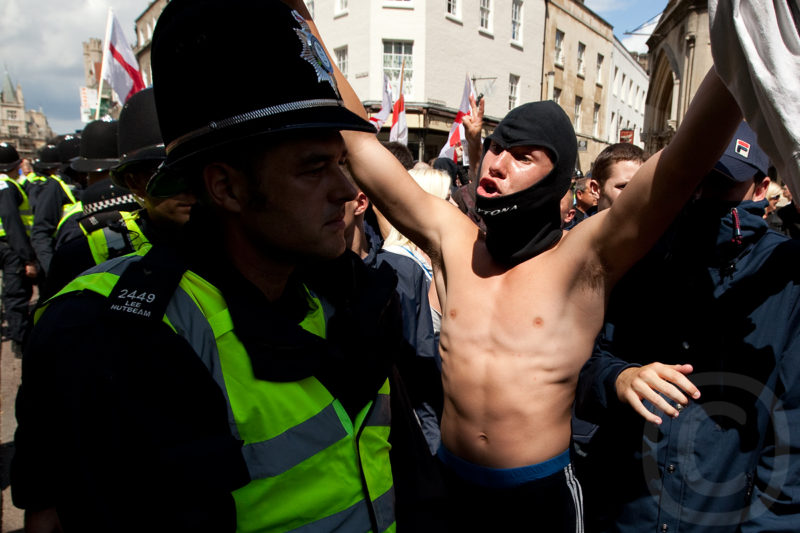 Police moved EDL opposition away from the EDL march route: 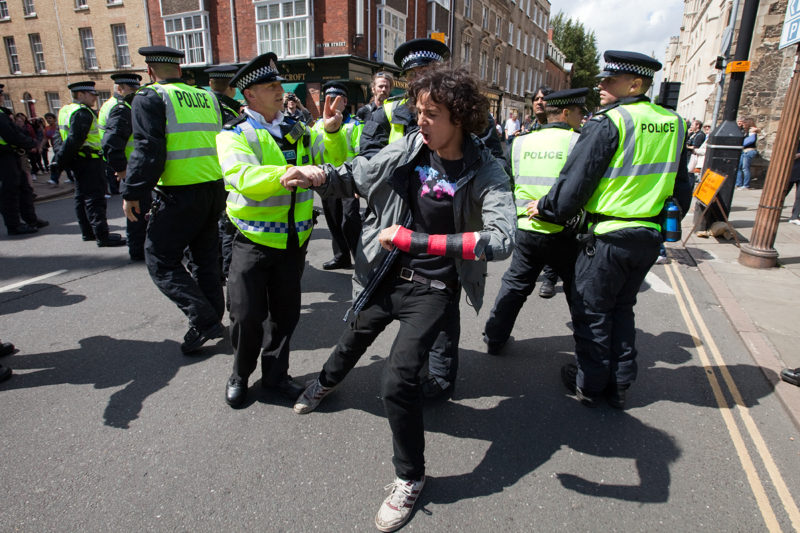 Meanwhile EDL supporters chanted in unison at their opposition: 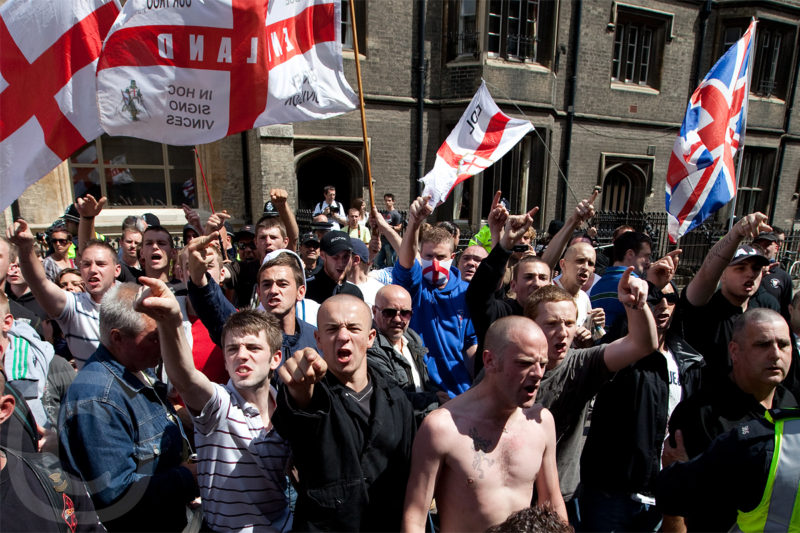 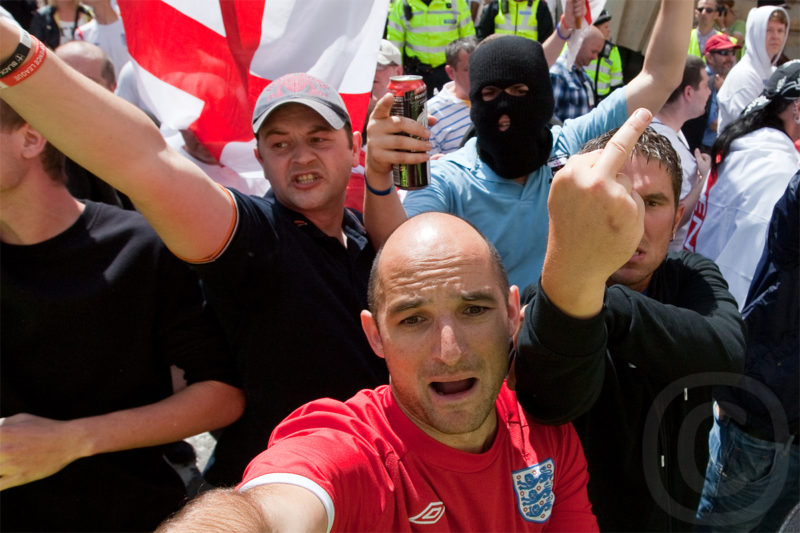 After the march, EDL supporters gathered and speeches were made: 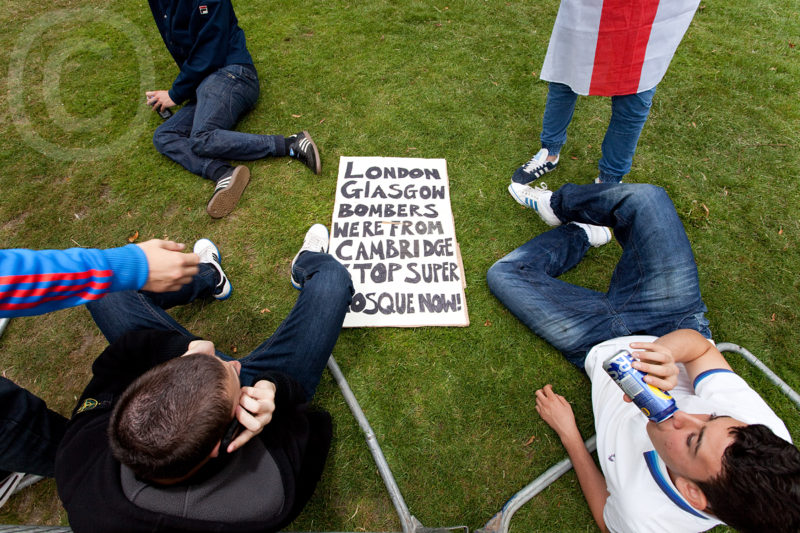 The existing mosque, built in a terraced house, remained open through the day. Here the local MP, Julian Huppert, meets mosque users, after watching the two marches from police headquarters: 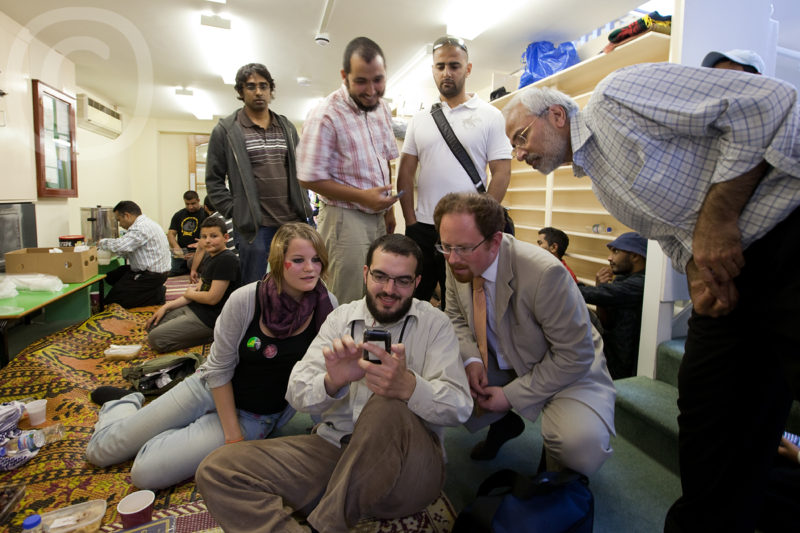 Julian Huppert MP speaks to those in the mosque after both demonstrations: 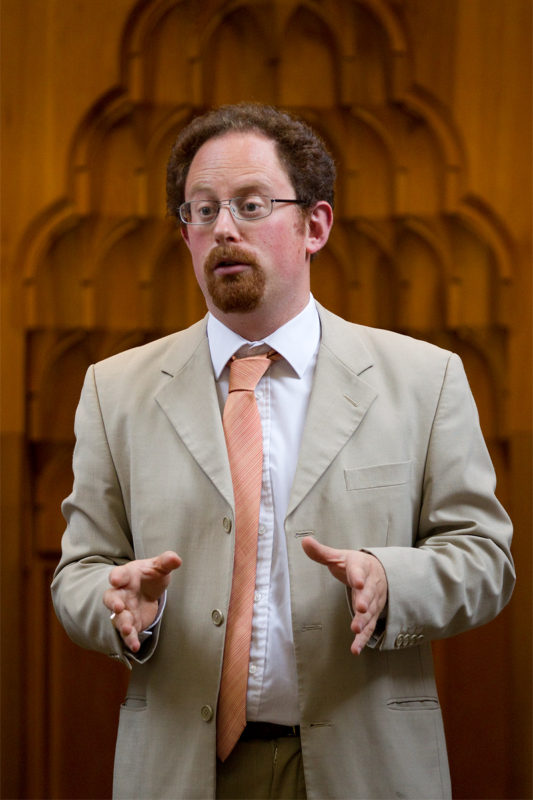 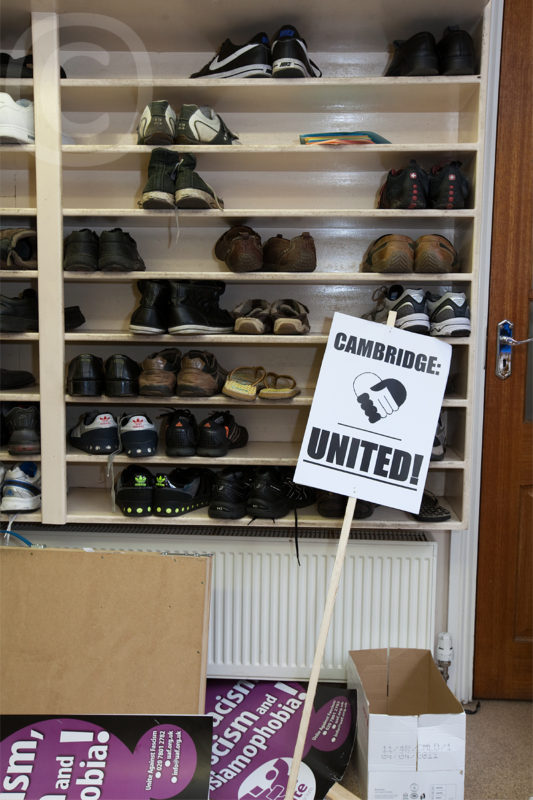 Opposite the mosque, standing guard: 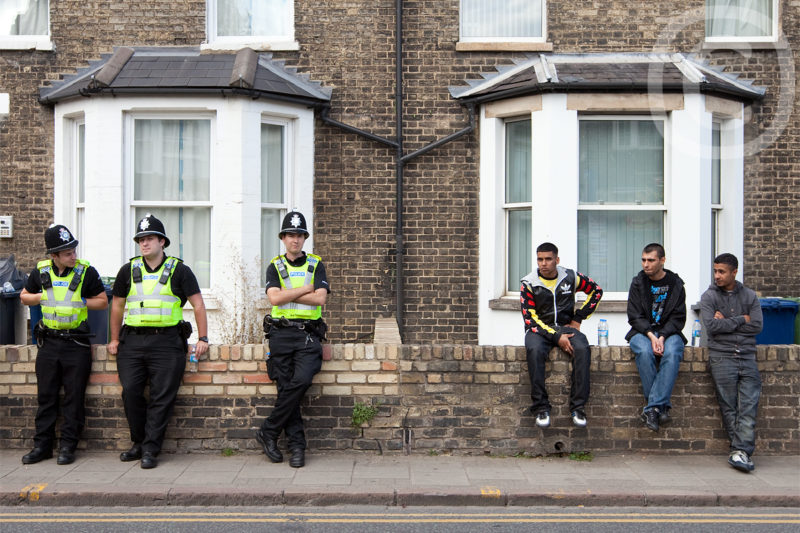