Why I shoot RAW.

I’ve been told that it’s bad practice to shoot RAW, that it just fills up my hard drive with bloated files, slows my workflow and that I should get things like exposure and colour balance right, in camera.
It’s definitely faster to work through images that are shot right in the first place. But sometimes it just isn’t possible to get the colour and exposure right, in camera – and that’s when RAW format makes a massive difference.
Here’s a photo shot on a Canon EOS 5Dii with an EF24-70 f/2.8 (the fastest lens I had at the time) at f/2.8, no flash, at ISO3200. Shutter speed is 1/80th second. 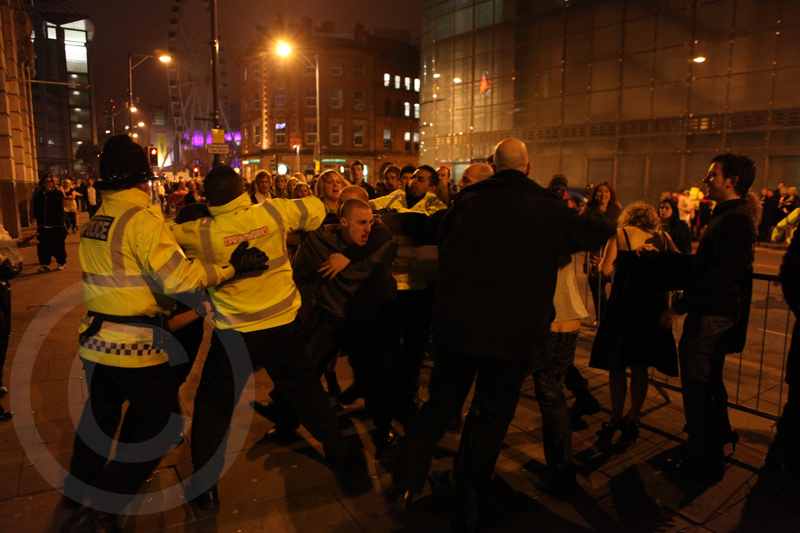 This is the JPEG, straight out of camera. It’s dark and durgy, the colour’s all wrong – there’s no in-camera colour preset for mixed street lighting. If I’d used a slower shutter speed the photo wouldn’t be sharp and I couldn’t really have pushed the ISO higher without sacrificing too much detail to noise.
But I can rescue a decent amount of detail and brightness and massively improve the colour, if I work the RAW file: 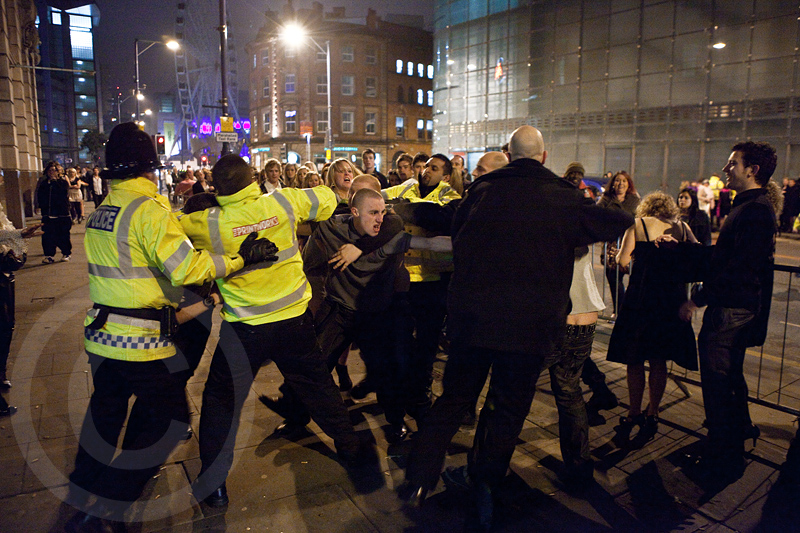 I used Adobe Camera RAW to do some of the work, pushing the exposure and reducing the black level a little whilst doing some of the colour correction and trying not to lose contrast. I wanted more detail in people’s faces so used the selective colour sliders in Photoshop to reveal brighter, more natural-looking skin tones, whilst retaining the green of the jackets on the left and the blues and purples in the background. I also used these sliders to lighten and reveal some detail in the black clothes at the front. I did this to the limit of my own noise-tolerance and it’s a compromise – despite my best efforts, there’s a little banding starting to creep in.
Still, the end result is a long way ahead of the out-of-camera JPEG. But for the opportunity to post-process a RAW file, I wouldn’t have been able to get near to this.