11 months ago in Hackney 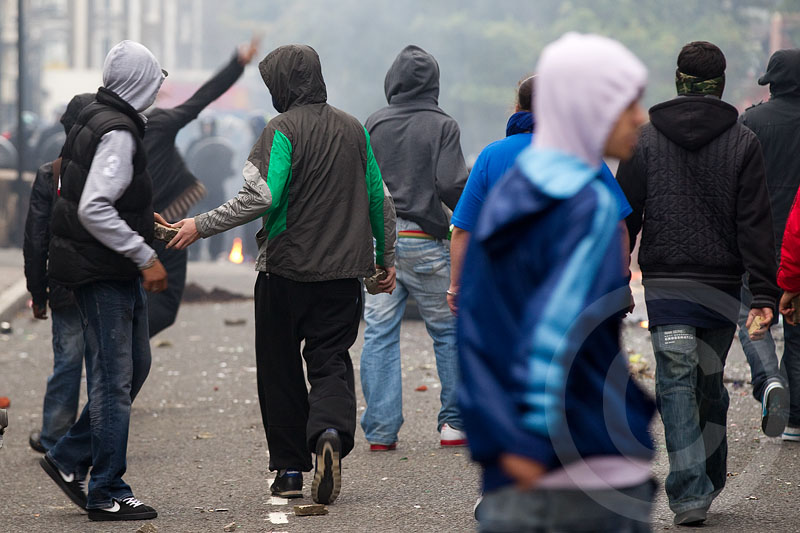 11 months ago I felt like I was running for my life.
The 8th August 2011 brought a third night of rioting and looting to London.
After Tottenham on the 6th and Enfield on the 7th, on the 8th I was in Hackney.
On Ellingfort Road a sports car was set alight. A bus was smashed on Mare Street, JD sports and other shops were looted.
Half a mile up the road, the Pembury Estate saw the worst violence that I witnessed.
A vehicle had been set alight on Clarence Road and police were blocking direct routes to the street. Walking wide I found a way through. 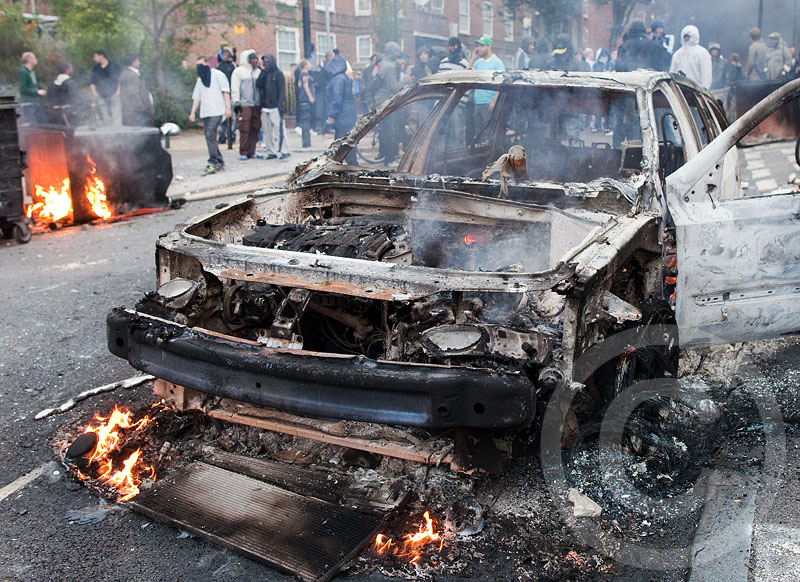 Looters ripped open the shutters of the local Clarence Convenience Store and stripped the shop. 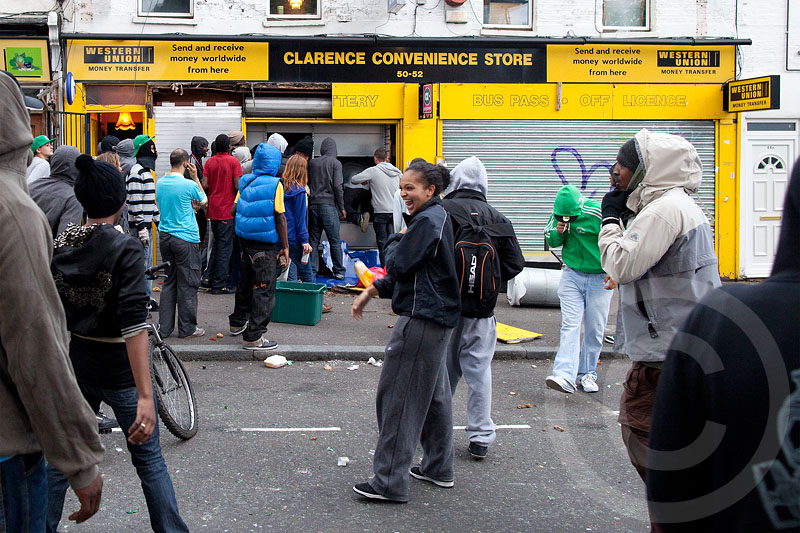 Cars were set alight and pushed, burning, through the street. 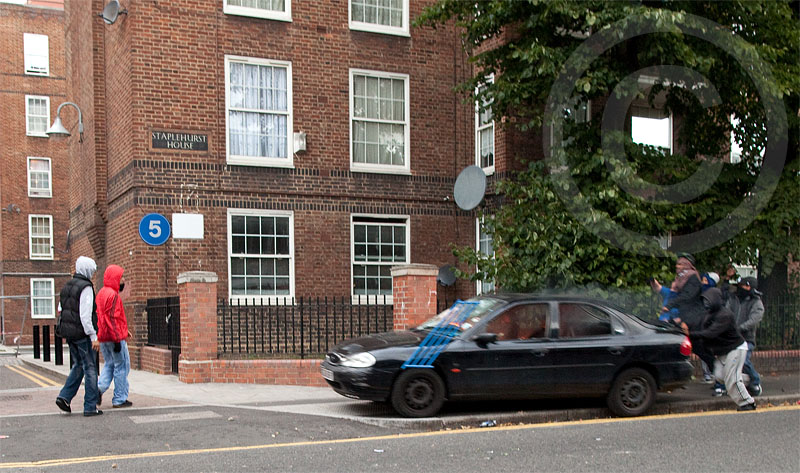 Ignited wheelie bins were pushed over and several people involved in the violence were injured. 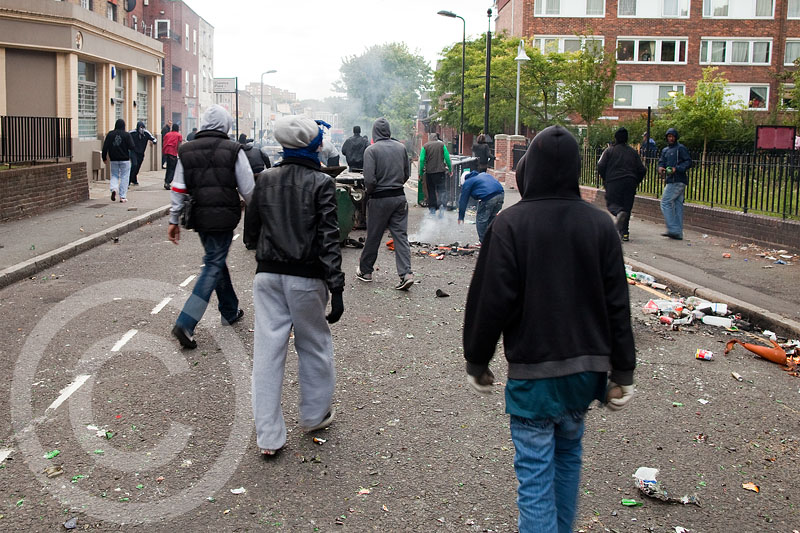 This man suffered a deep cut through the tissue on his leg. It looked like it went right through to the bone. I called an ambulance but, fearing arrest, he refused to wait and, after a stranger gave him some basic first aid, he hobbled away from the scene. 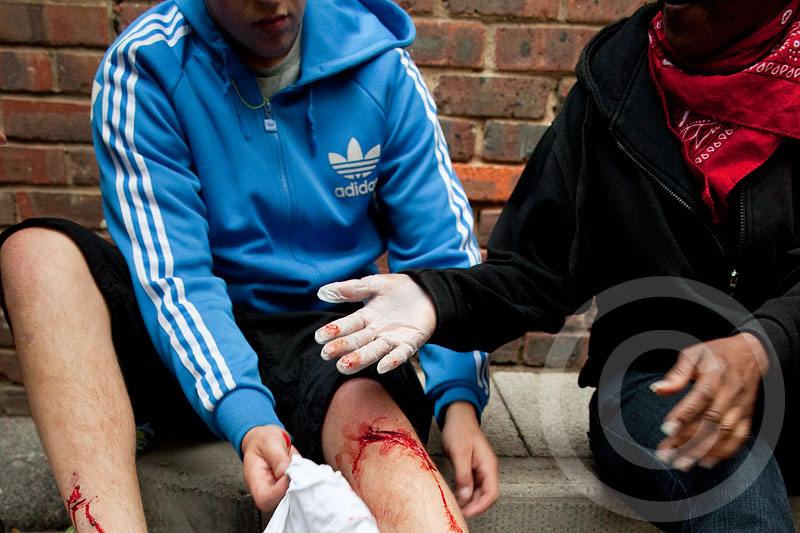 People were throwing rocks towards a line of riot police.

Sometimes photographers get a sense of when they’ve outstayed their welcome – there’s an imperceptible change in the mood. I’m sure others would say I was naive to feel there was at least a tacit sense of understanding at first. Either way the mood worsened.
I left when I saw another photographer viciously beaten across his head. I moved to pull the photographer away, and his attacker turned his attention to me, grabbing the front of my lens. I twisted my camera away from him and put my arm around the injured photographer’s back before turning and running away with him as fast as possible. We sprinted 300 metres to Pembury Road and chanced upon an ambulance, which we flagged down. 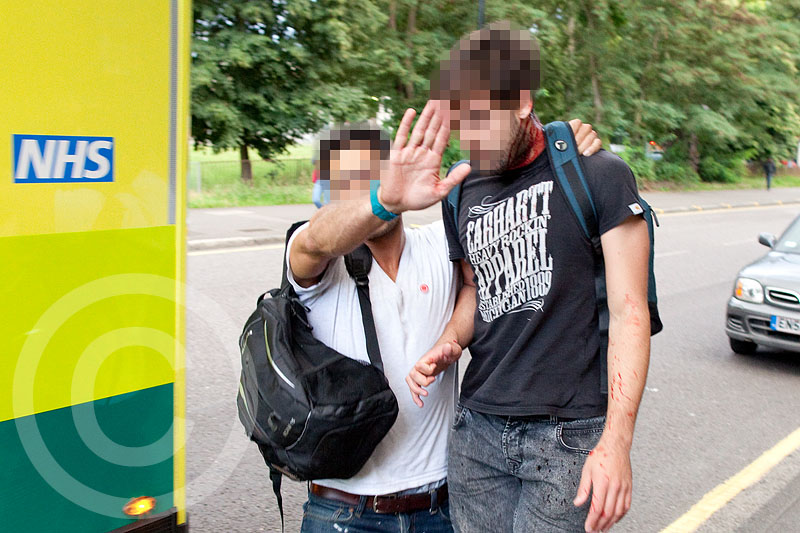 I never learned the injured photographer’s name or what happened to him after he got in to the ambulance.
After filing a few pictures I headed back to Clarence Road, this time intending to stay behind the police line. But as I approached I saw about six other photographers, their cameras hidden, walking away. Their advice, which I took, was not to return.